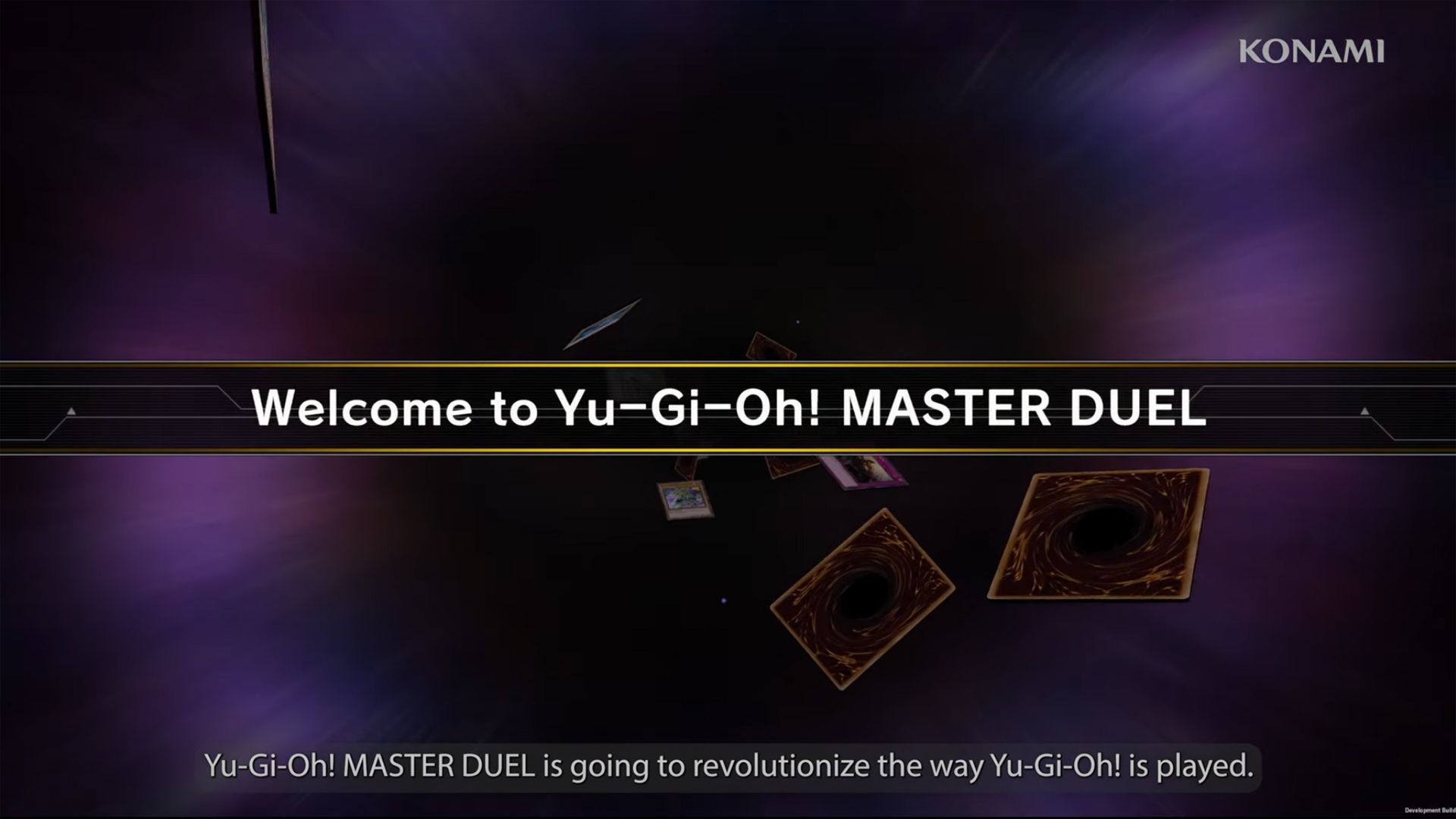 In addition to the above, Konami NA have also announced that they will be sharing more on Yu-Gi-Oh! MASTER DUEL at the replacement Remote Duel YCS event taking place on January 15th/16th!

They teased the new "Sneak Peek" at the game with the following image of the pack opening system, confirming War Rock Meteoragon as a UR and other notable Duel Links cards as lower rarities. We also see 1 "Key Card" obtained in the top left, so perhaps a War Rock themed secret pack exists? 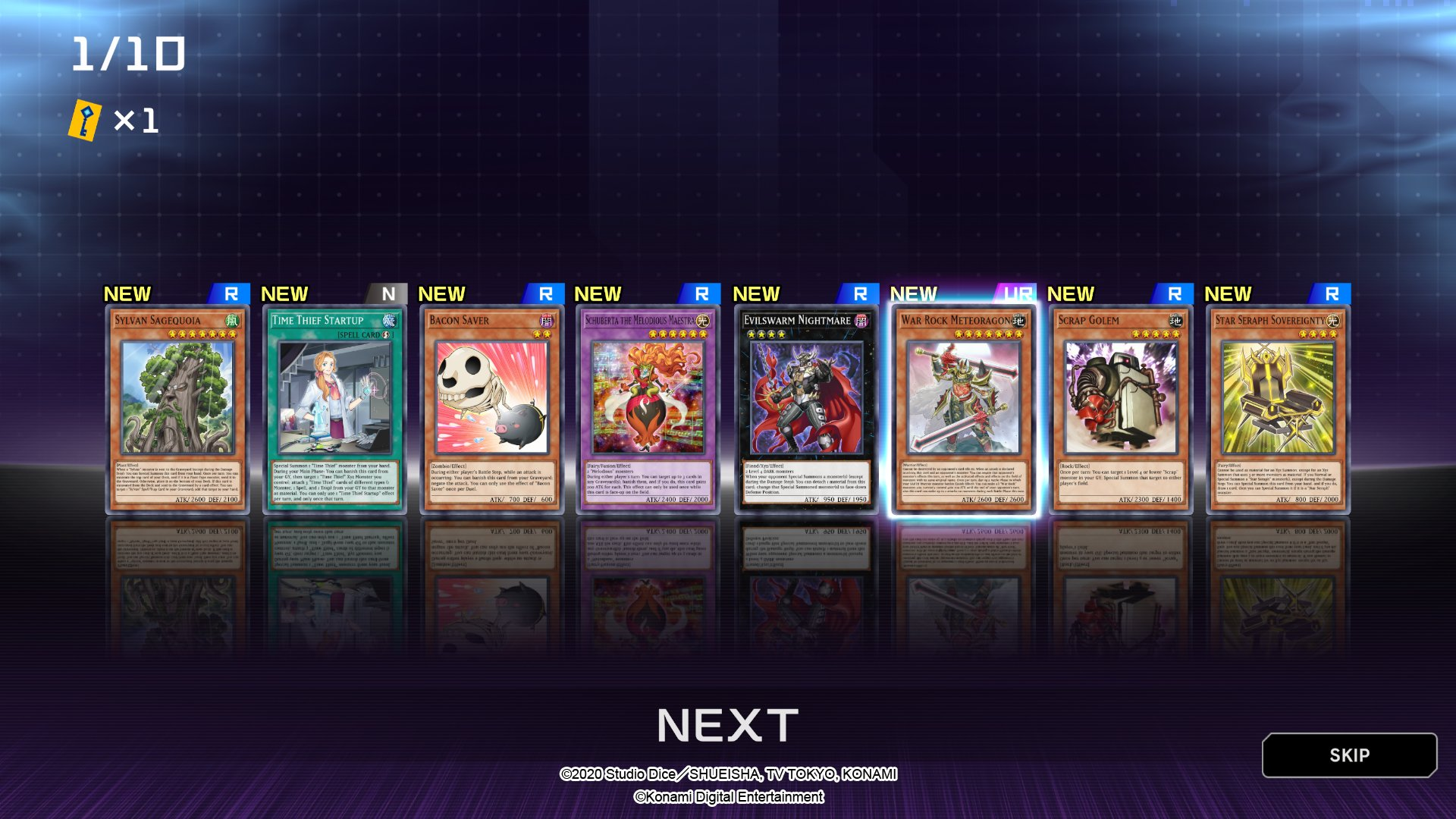 KONAMI revealed new information about the Shop in Yu-Gi-Oh! MASTER DUEL. Firstly the general UI - Featuring Packs, Structure Decks, Accessories and a "Special" tab. Under each main tab are separate categories of product available for purchase.

For example, under the "Packs" tab we have;

And under the "Accessories" tab we can purchase; 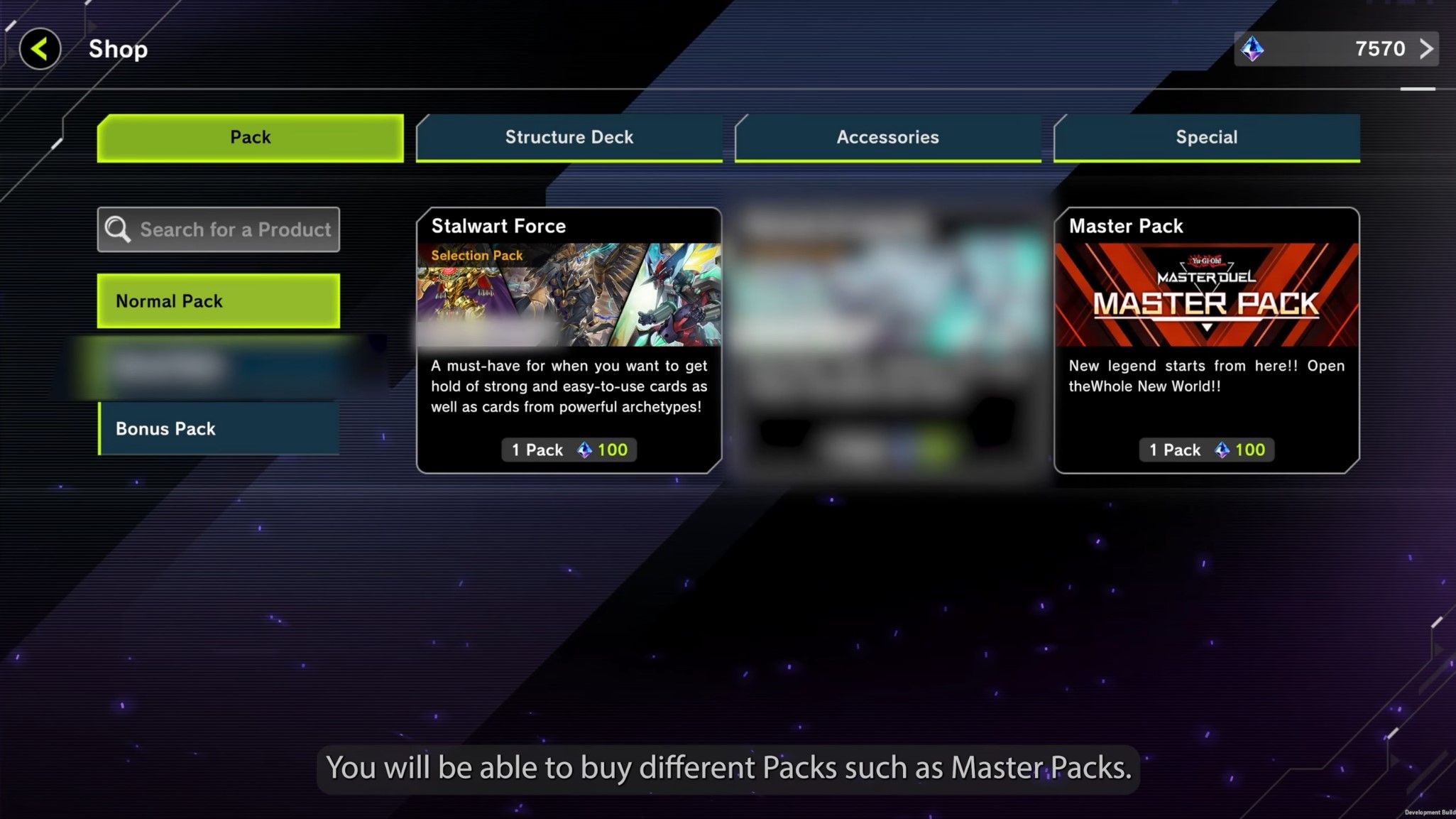 A new "type" of normal pack was revealed called Selection Packs. These appear to be Time Limited (it's blurred but for a single frame of the video you can see a timer icon) and cost the same as the regular MASTER PACK (100 Gems per Pack, 1000 Gems for 10 Packs with a SR Guaranteed).

This pack, Stalwart Force, appears to be aimed at the more competitive players, highlighting cards such as Borrelsword Dragon, Pot of Desires and Eldlich the Golden Lord!

We also don't know what the blurred pack category is in the main shop interface. Since these haven't been explicitly confirmed by Konami EU through these videos, they could be the Secret/Legacy packs, which have seen from the Jump Festa preview video as well as English influencer reveals. 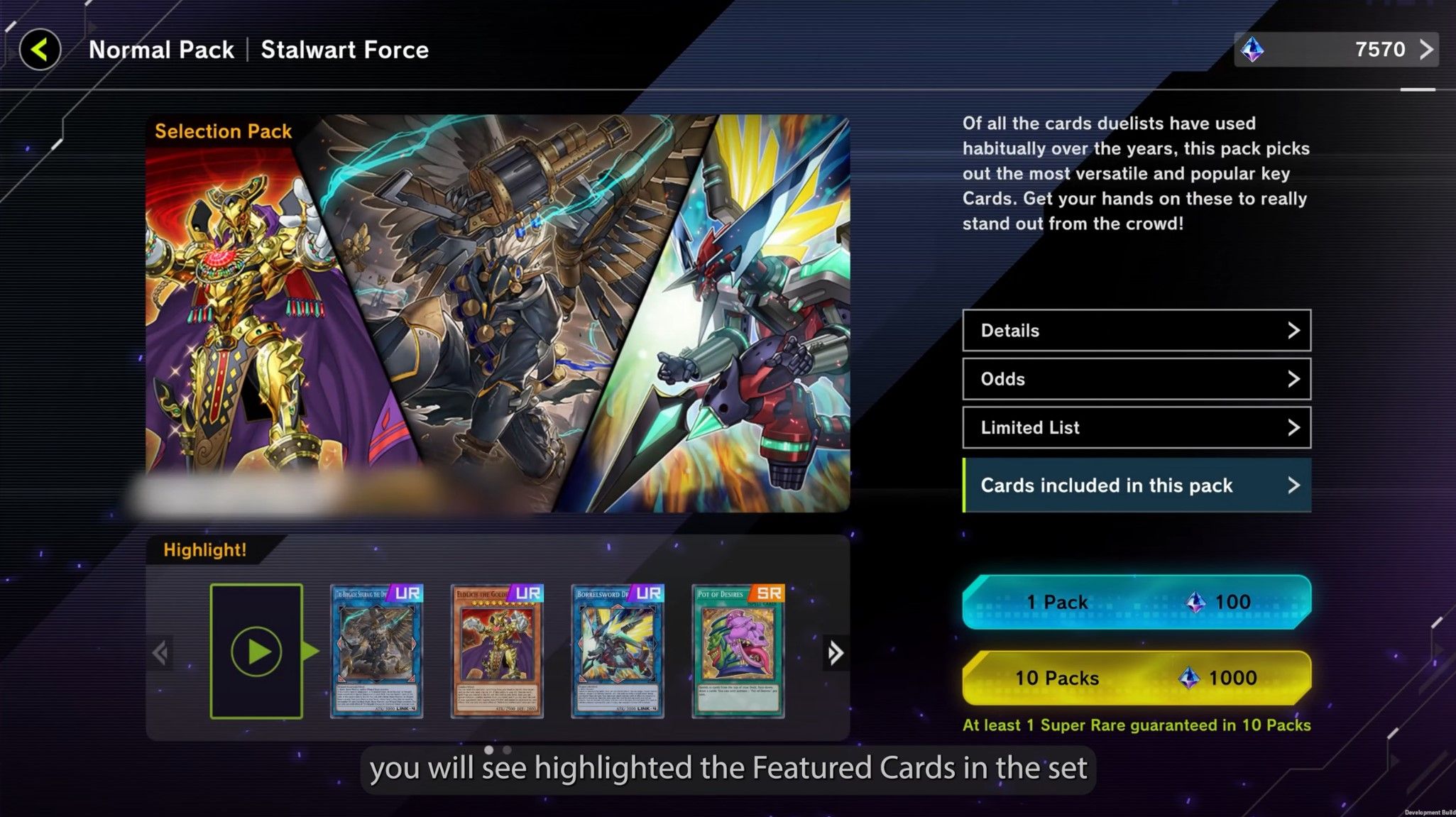 Structure Decks will also be purchasable, and won't just be part of the solo mode reward line.

These are pre-constructed decks that you can use as a starting point for deck building, or take right into PVP against players around the world.

Unlike Duel Links, it appears each structure deck has a purchase limit of 3 copies on it, however you can purchase all three of those copies with Gems. In Duel Links, only your first purchase can be completed with gems, otherwise you must use real currency.

Structure Decks can contain cards found in the MASTER PACK, as seen with Beast-Eyes Pendulum Dragon, who we previously pointed out did not have a "Secret Pack" banner under the card - so this might be the only way of obtaining Beast-Eyes outside of the MASTER PACK and card crafting. 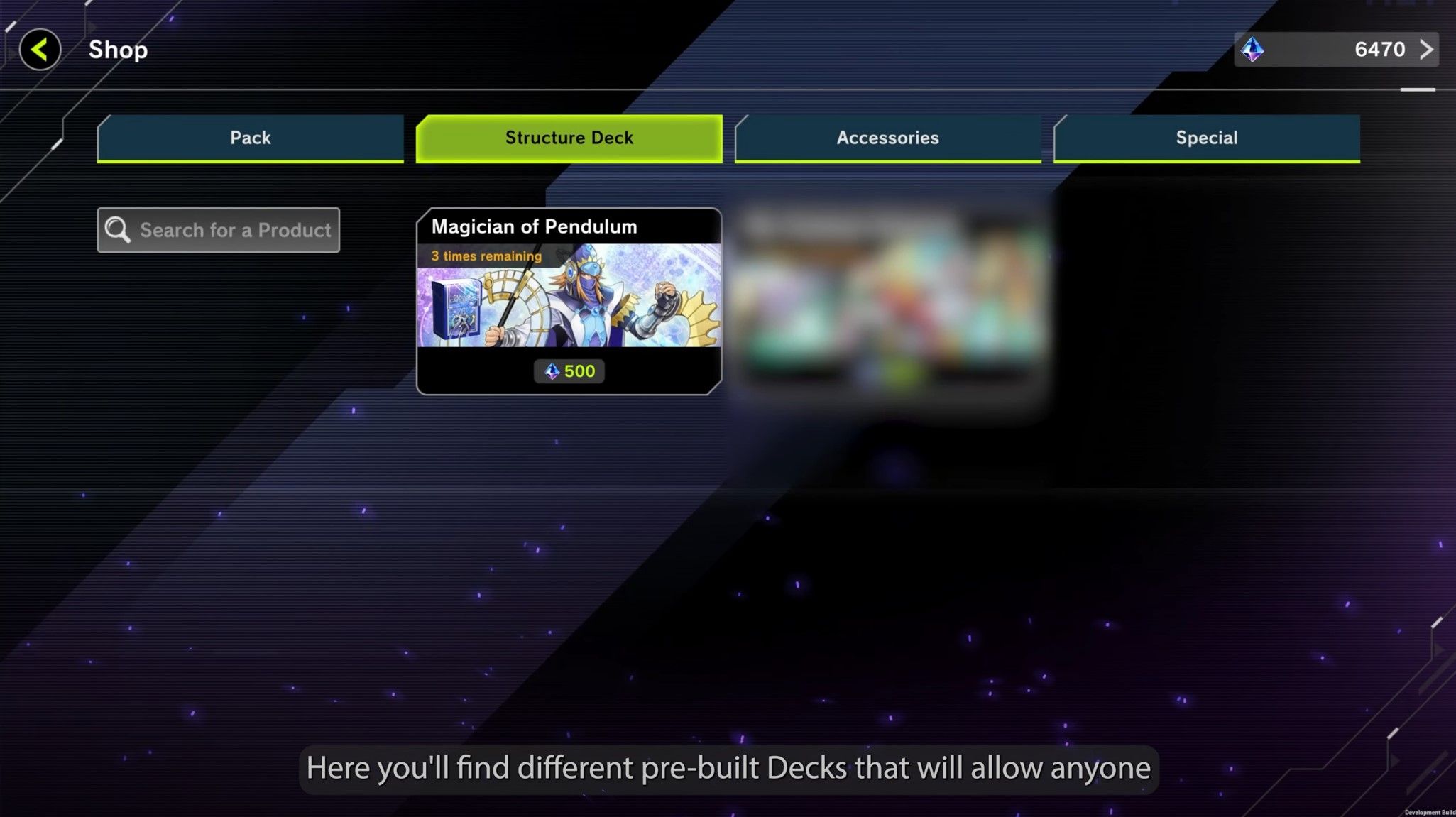 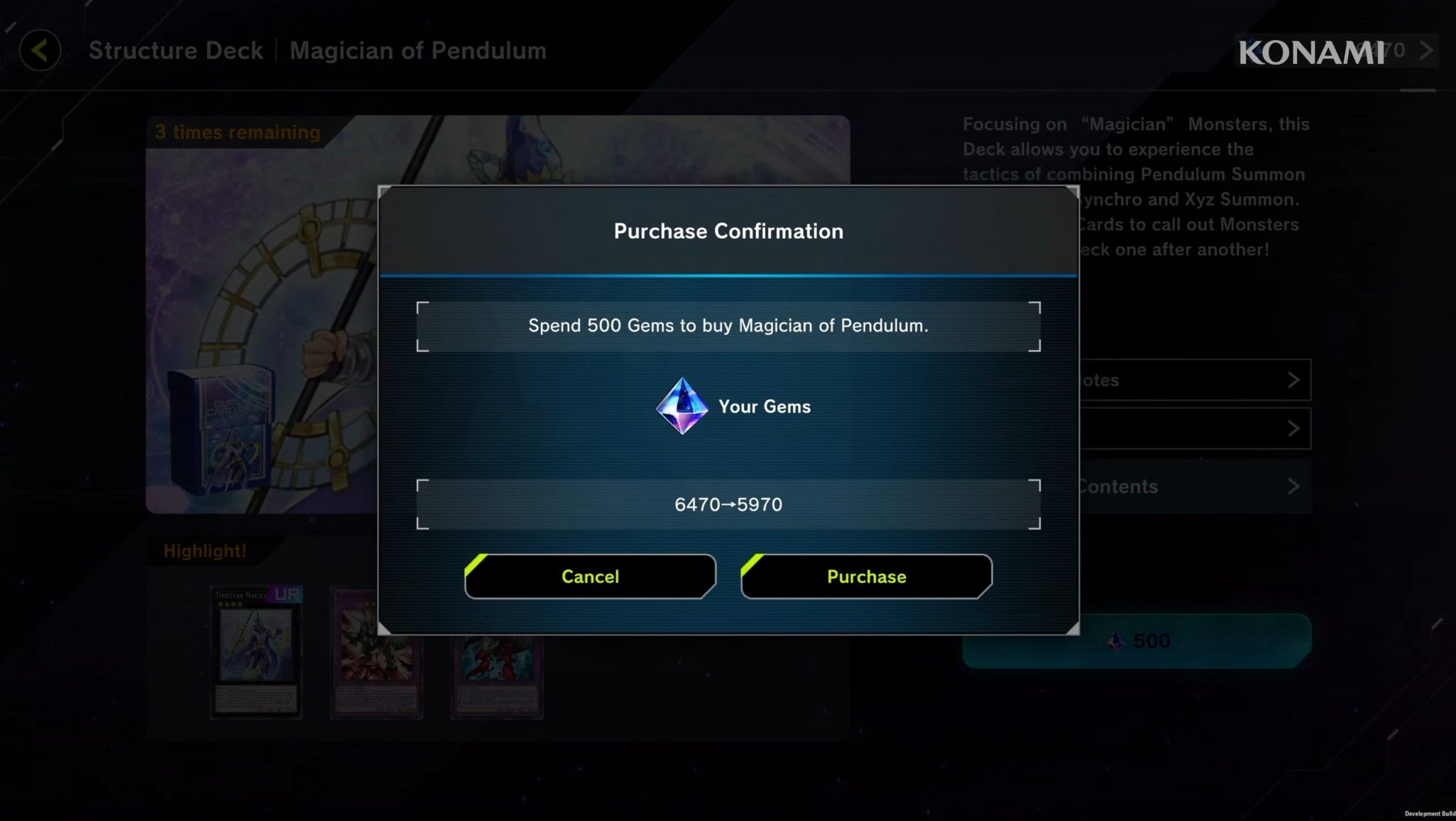 Today Konami revealed new information on the deckbuilding tool, including new customisation features as well as more information on card craft-ability. However, there was also one notable feature missing from the presentation as well as what many believe could be a hint at a potential forbidden & limited list. 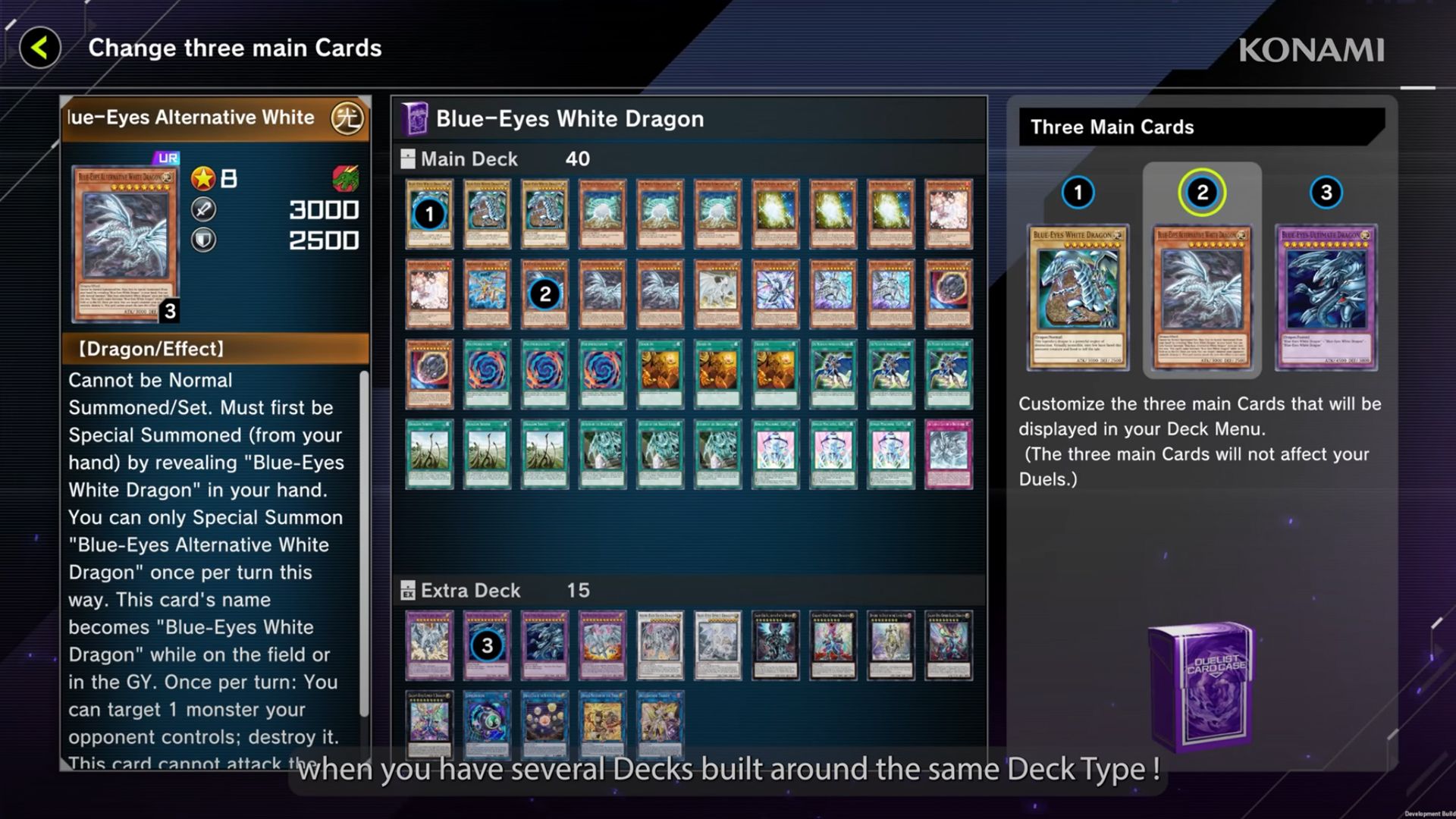 You can have 20 different decks in Yu-Gi-Oh! MASTER DUEL, and each deck can be customised in a unique way. The following customisations options where shown: 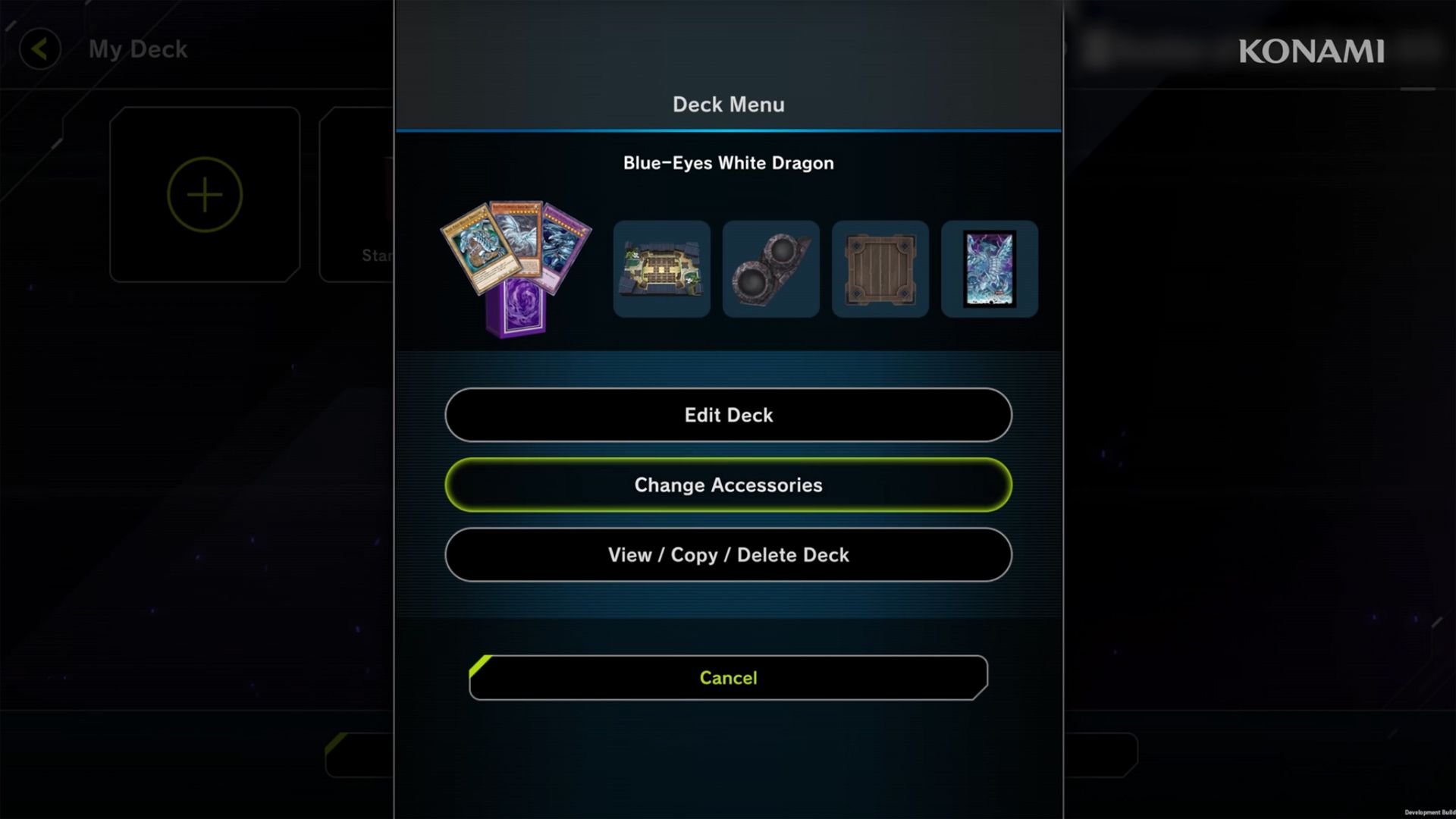 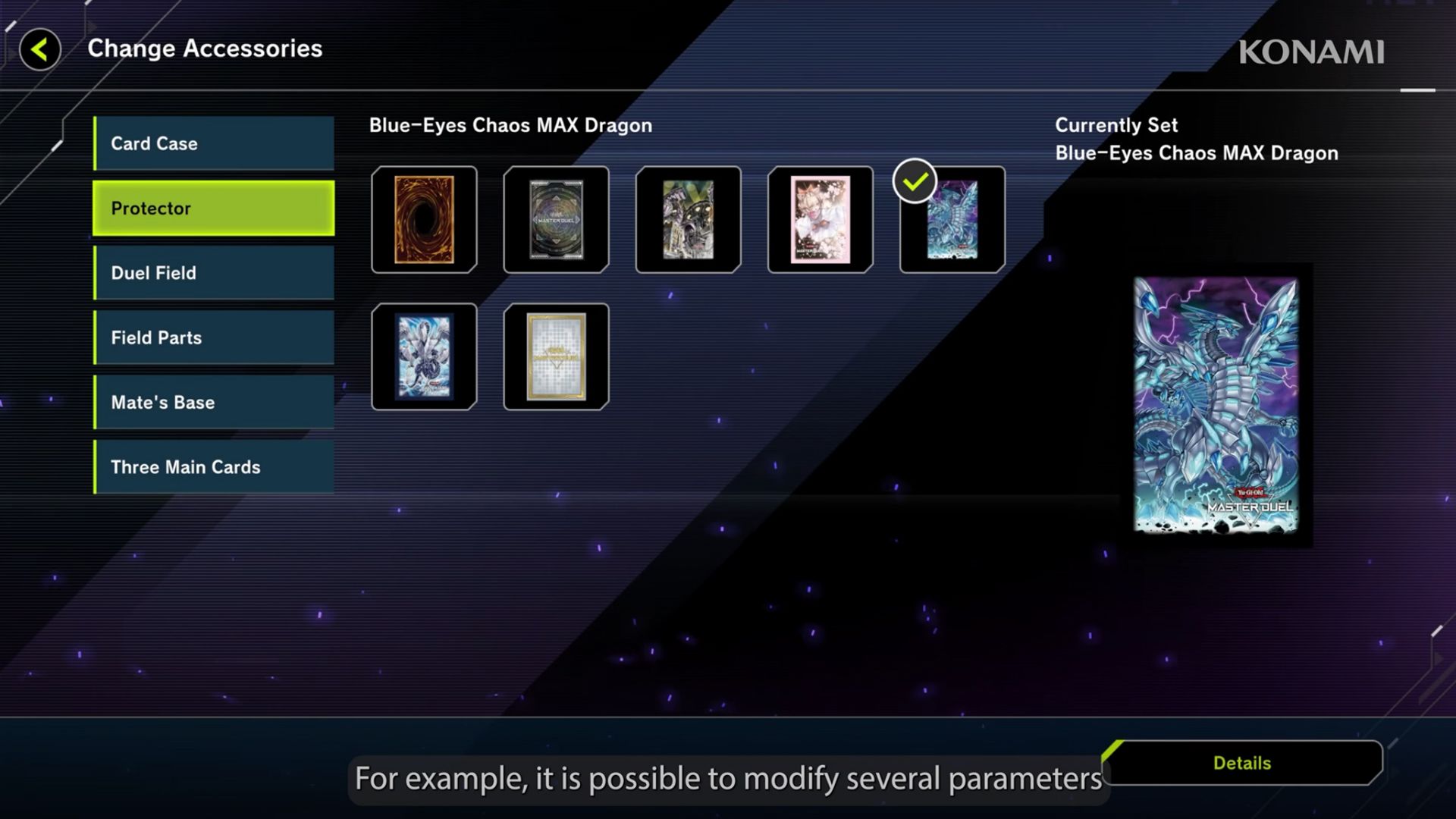 We also saw more about Card Crafting, confirming that Rare cards will also cost 30 CP to craft, and grant you with 10 CP for dismantling. CP officially stands for Craft Points and can be obtained from Duels, Missions and Dismantling cards - so it sounds like the more you play and invest into playing Master Duel, the easier it will be for you to complete your collection/decks.

Given both Rare and Super Rare appear to cost the same amount of Craft Points, it would not surprise us if both Normal and Ultra Rare cards can also be crafted at the same rate. 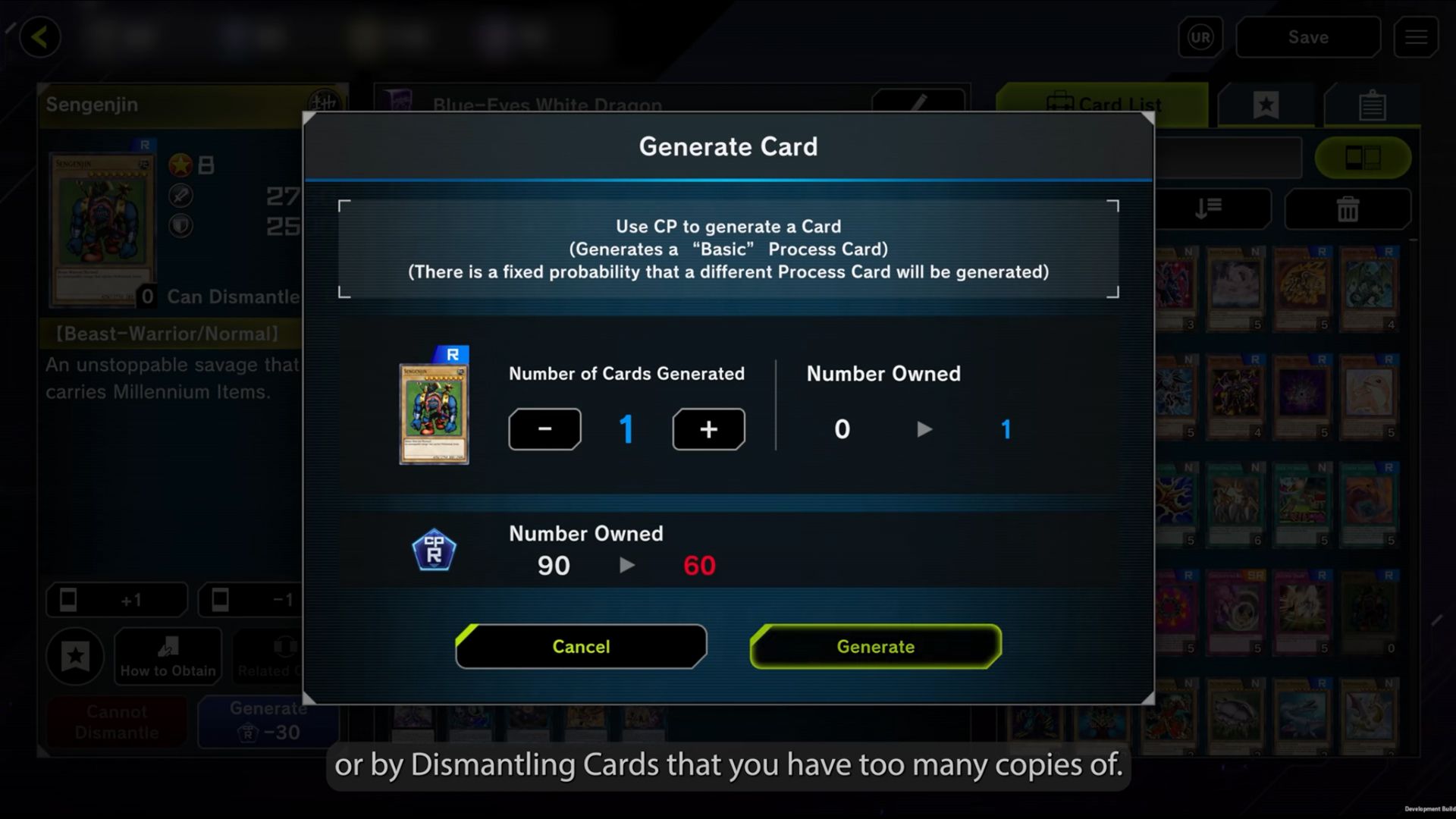 We also saw a brand new pack from the shop which wasn't the "MASTER PACK". Konami opted to blur out the name of the pack, which had Elemental HERO Terra Firma, Blue-Eyes White Dragon and Signal Warrior in the image window. Could this be one of the many "Secret Packs" we've heard about from the Jump Festa trailer or something else entirely, since the card displayed doesn't appear to even be obtainable from the "MASTER PACK" unless this has been edited out or the UI doesn't show you if it comes from the Master Pack in the first place. 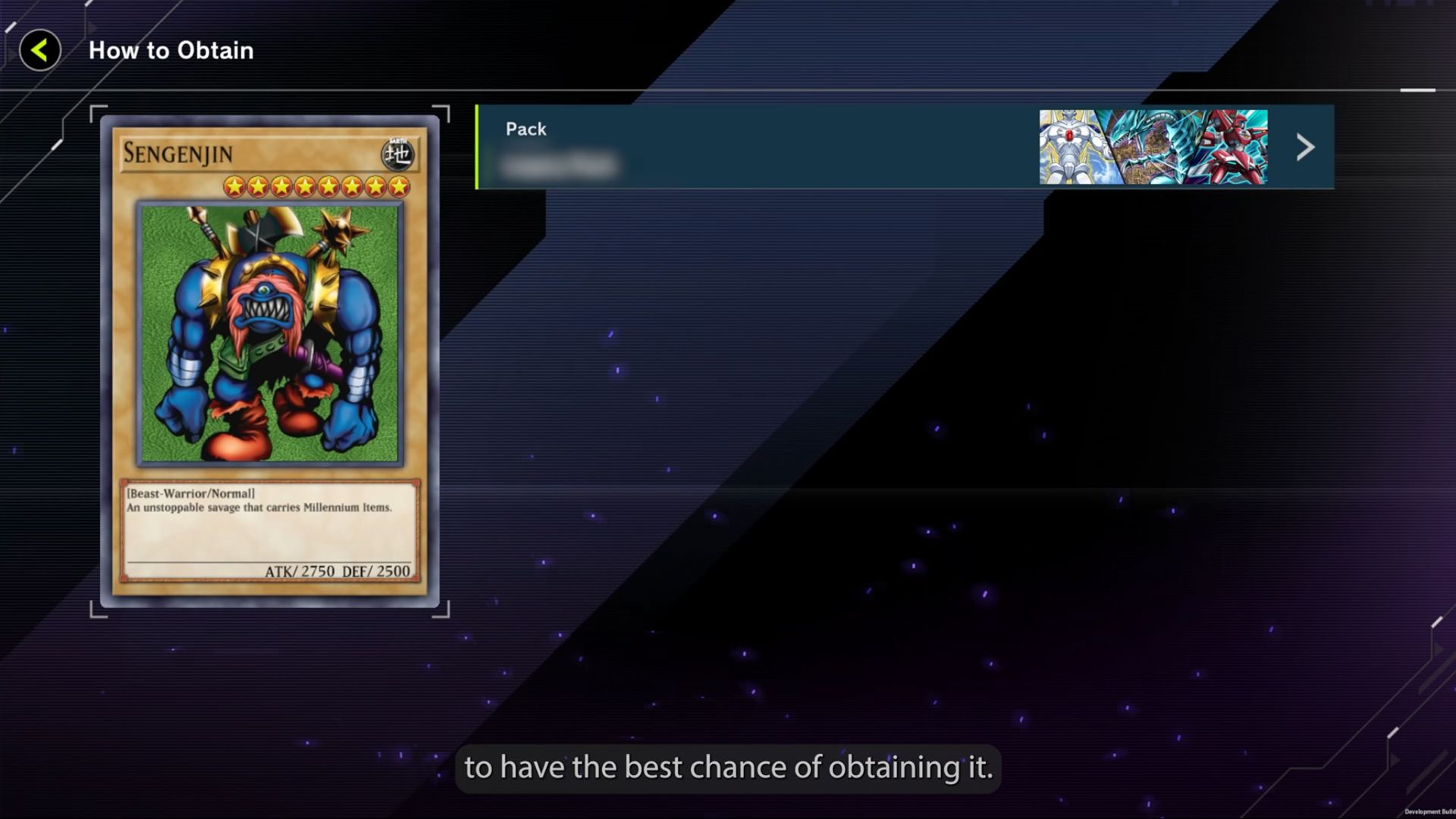 Today's video also showed us that Red-Eyes Darkness Metal Dragon has the Semi-Limited status applied to it. In the TCG, the card is currently Limited to 1 whereas in the OCG it is unlimited - however this change was only made recently on January 1st 2022, where it had previously been Limited to 2. Since these videos would have been finalised in December at the latest, it would have been Semi-Limited in the OCG.

Does this mean MASTER DUEL will use the OCG ban list, or is this a hint at a future TCG ban list or something different?

We also don't see any mention of Side Decking during the trailer, a staple feature for TCG best-of-three matches, which we previously questioned back with the Jump Festa trailer. Konami debuted a much shorter video today, highlighting the general concept of Solo Mode as well as confirming one brand new theme that we will be able to play with and discover more about; Elementsabers and the Elemental Lords!

Play through the Solo Mode "The Warriors of the Six Elemental Lords"! 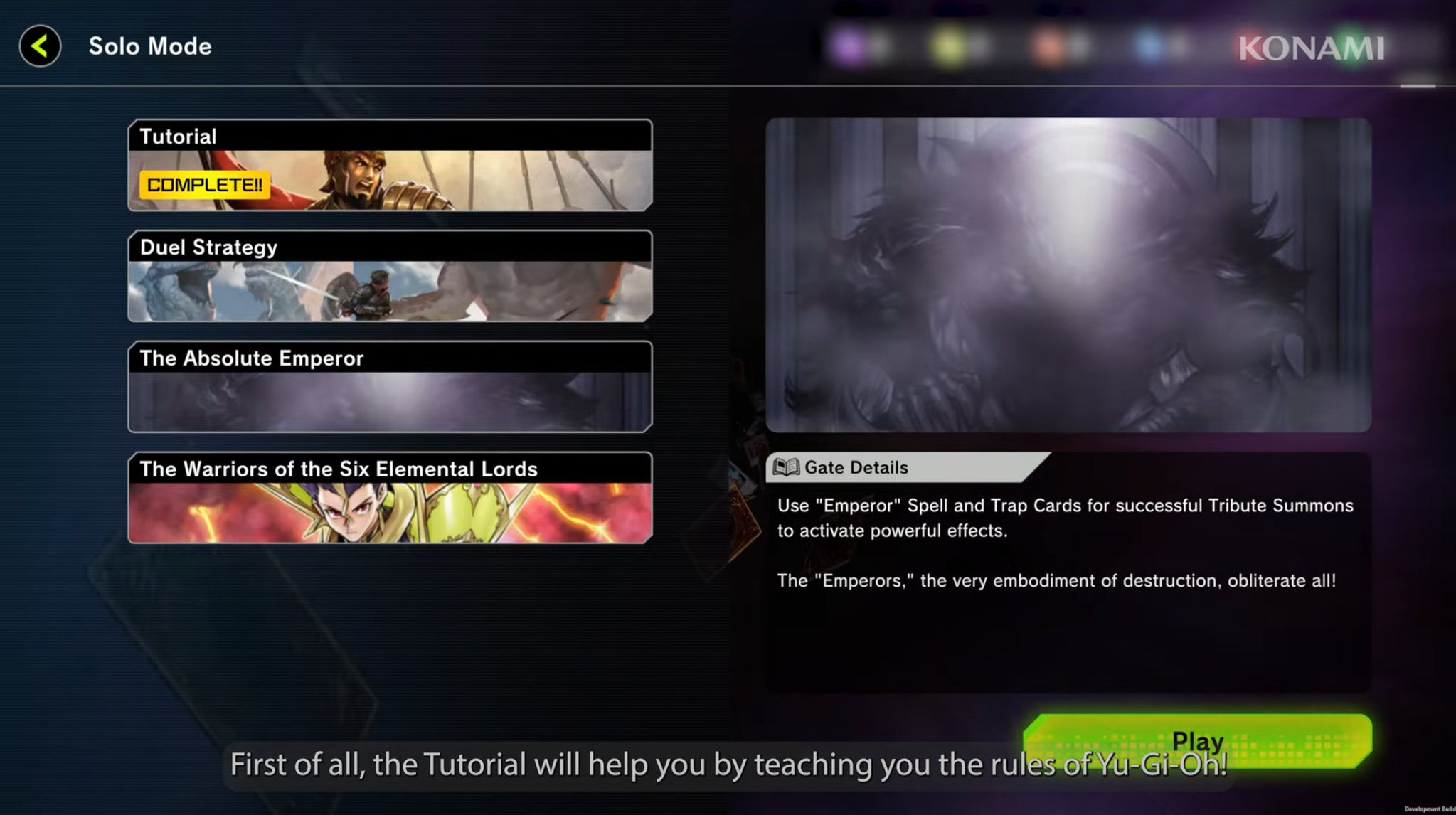 Konami have released a short video detailing some of the features we'll be seeing in Yu-Gi-Oh! MASTER DUEL. First up, a closer look at the games Main Menu revealing for the first time some brand new tabs:

As well as another look at the "Topics" header, with Konami promising a deeper dive into "Duel Live" in the coming weeks.

We can also see a blurred out option in the bottom left of the menu - what do you think this could be? 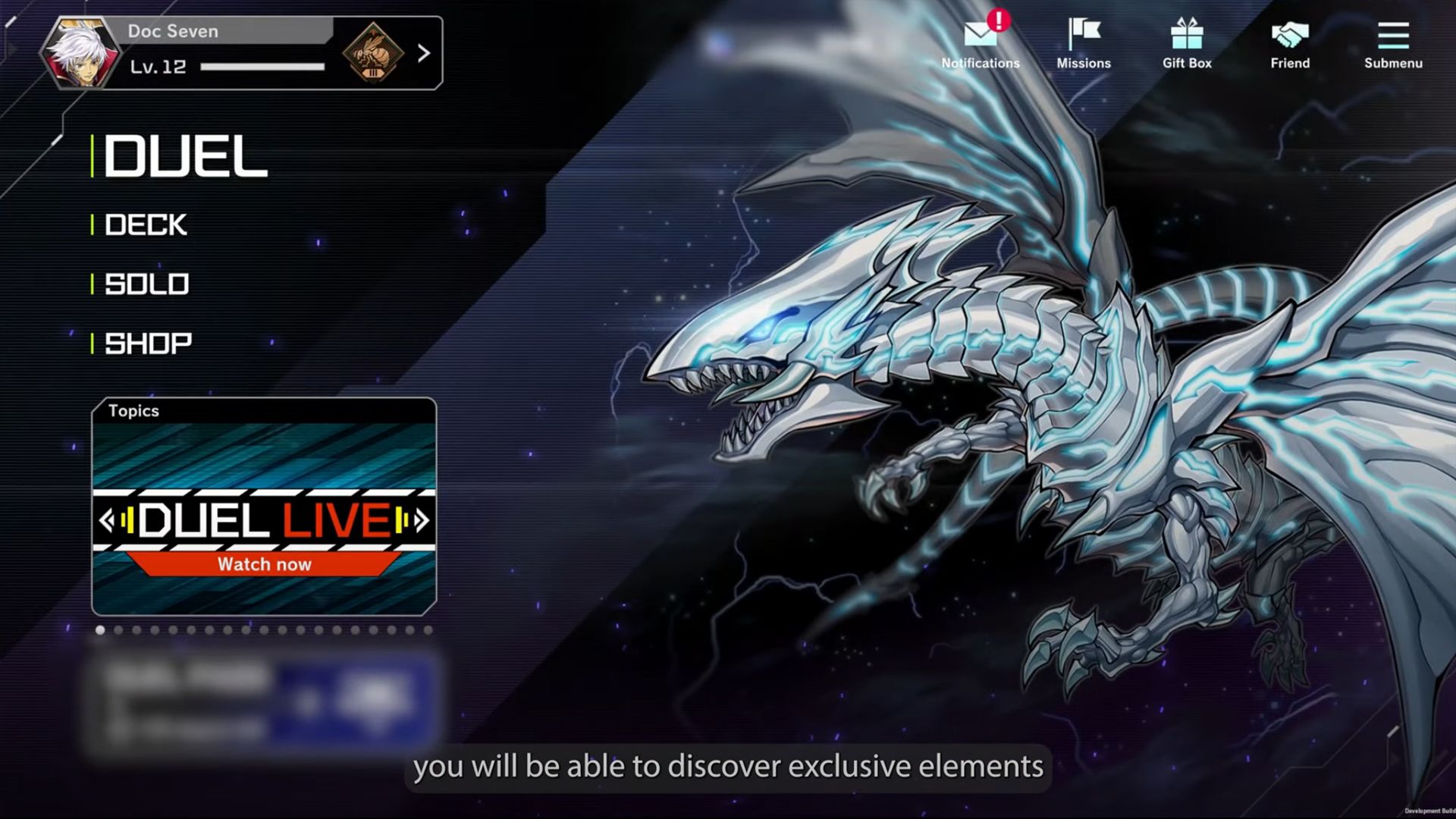 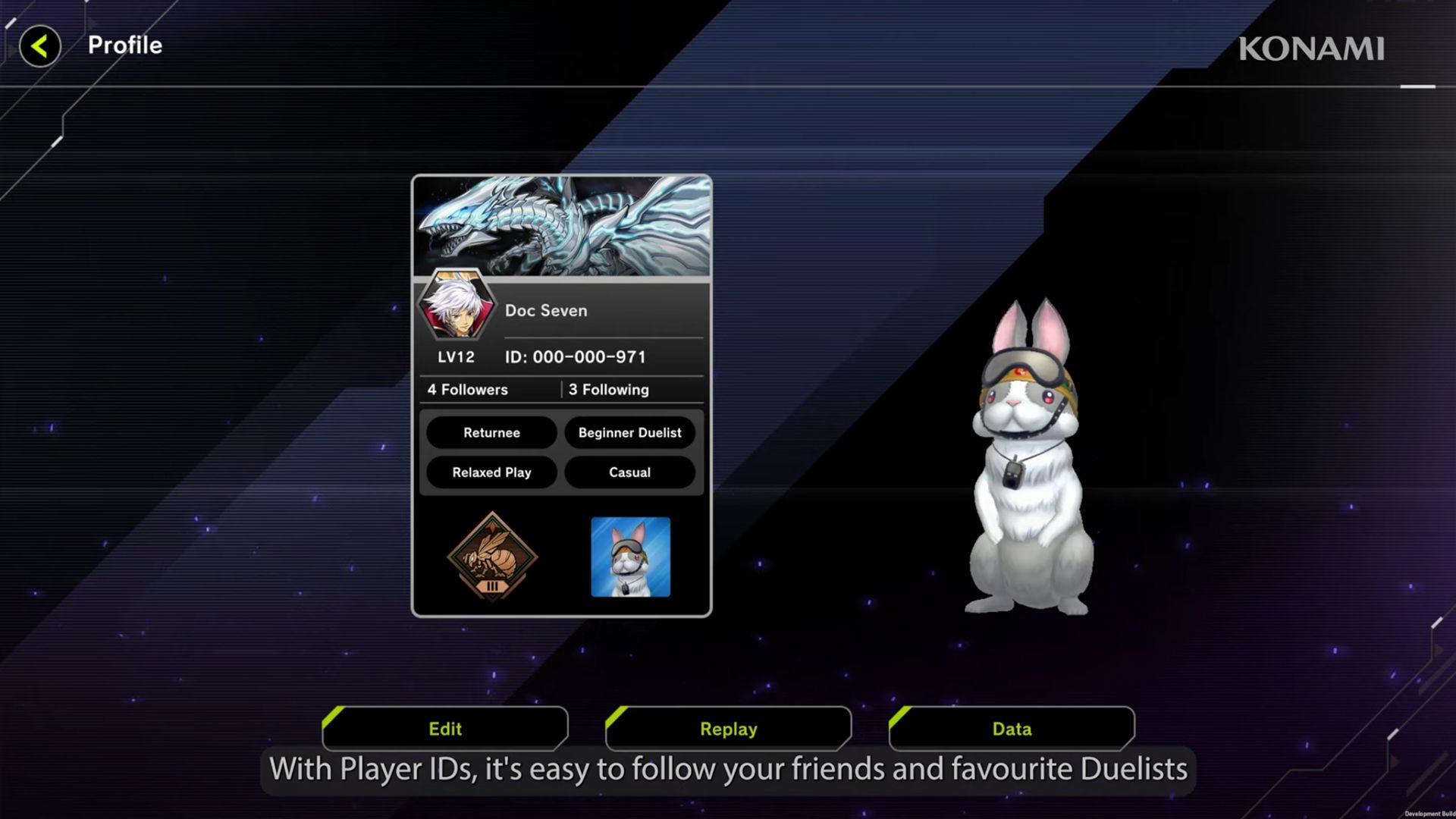 In the player profile you will be able to access and see the following information at a quick glance: 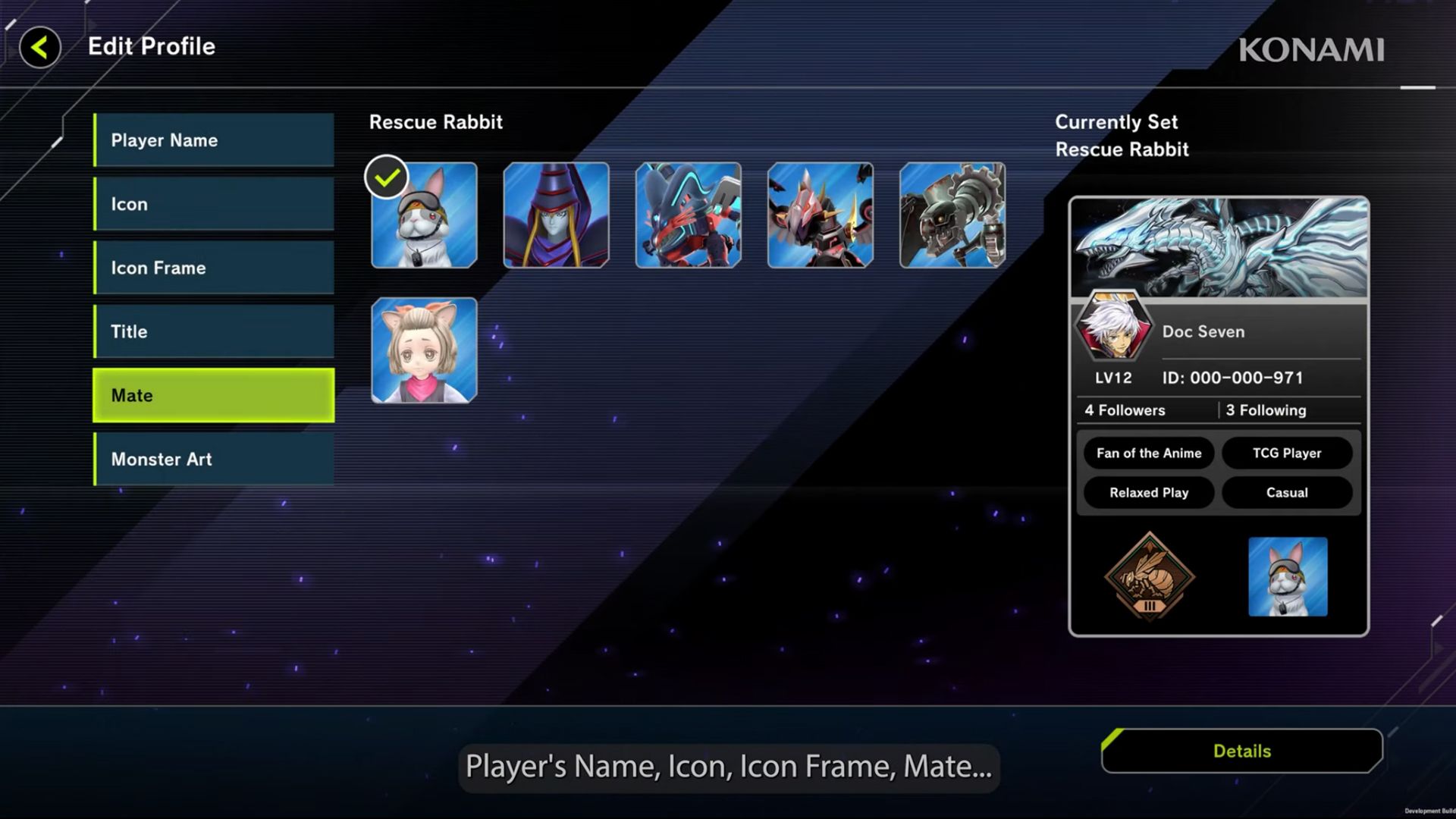 We see a slew of new customisation options - but of course nothing on how to obtain them.

You will be able to change your Player Name, Icon, Icon Frame, Title (you can have up to 4 of these on your profile), Mate and Monster Art (which appears above your profile, as well as on the Main Menu of the game). 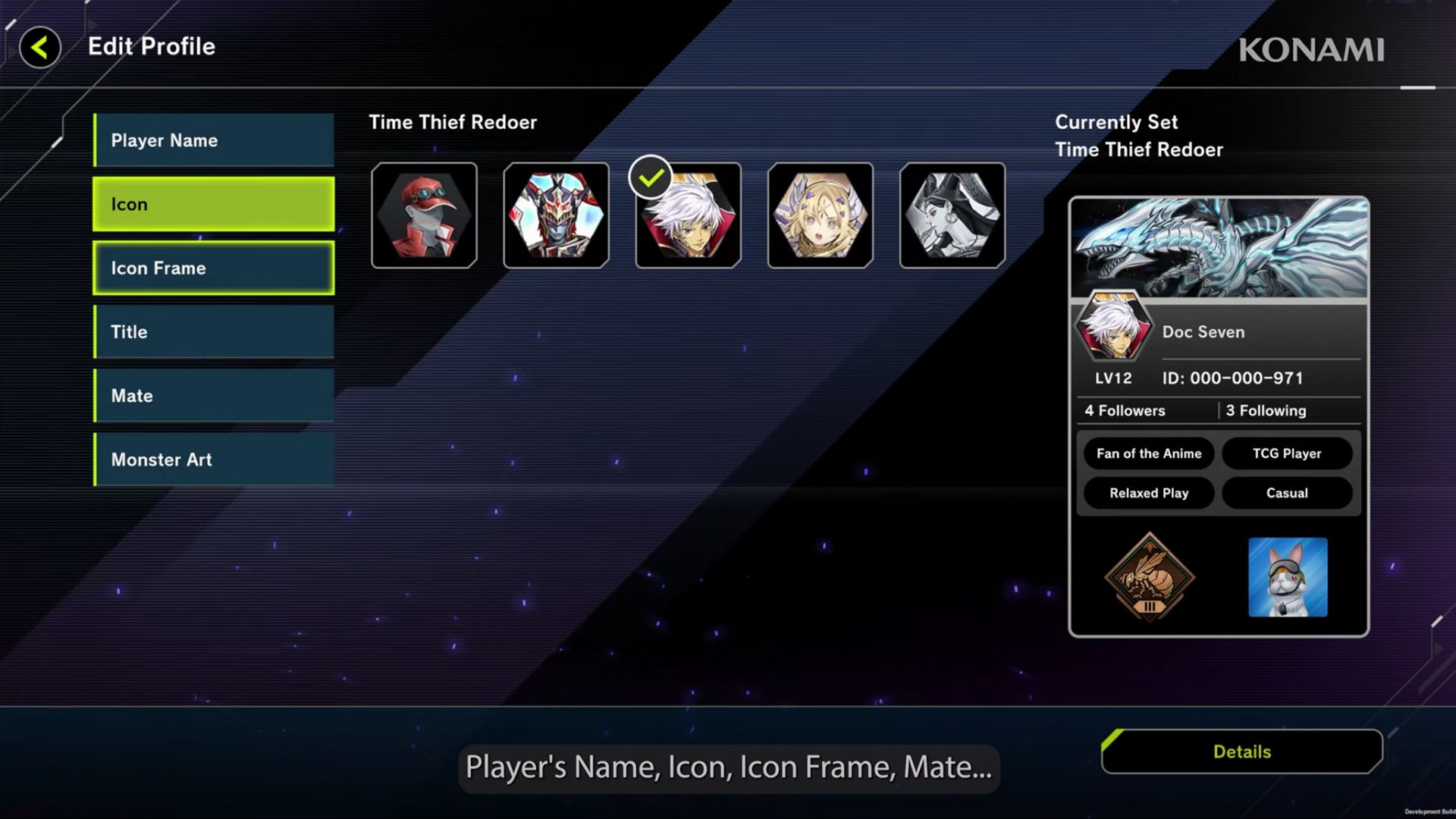 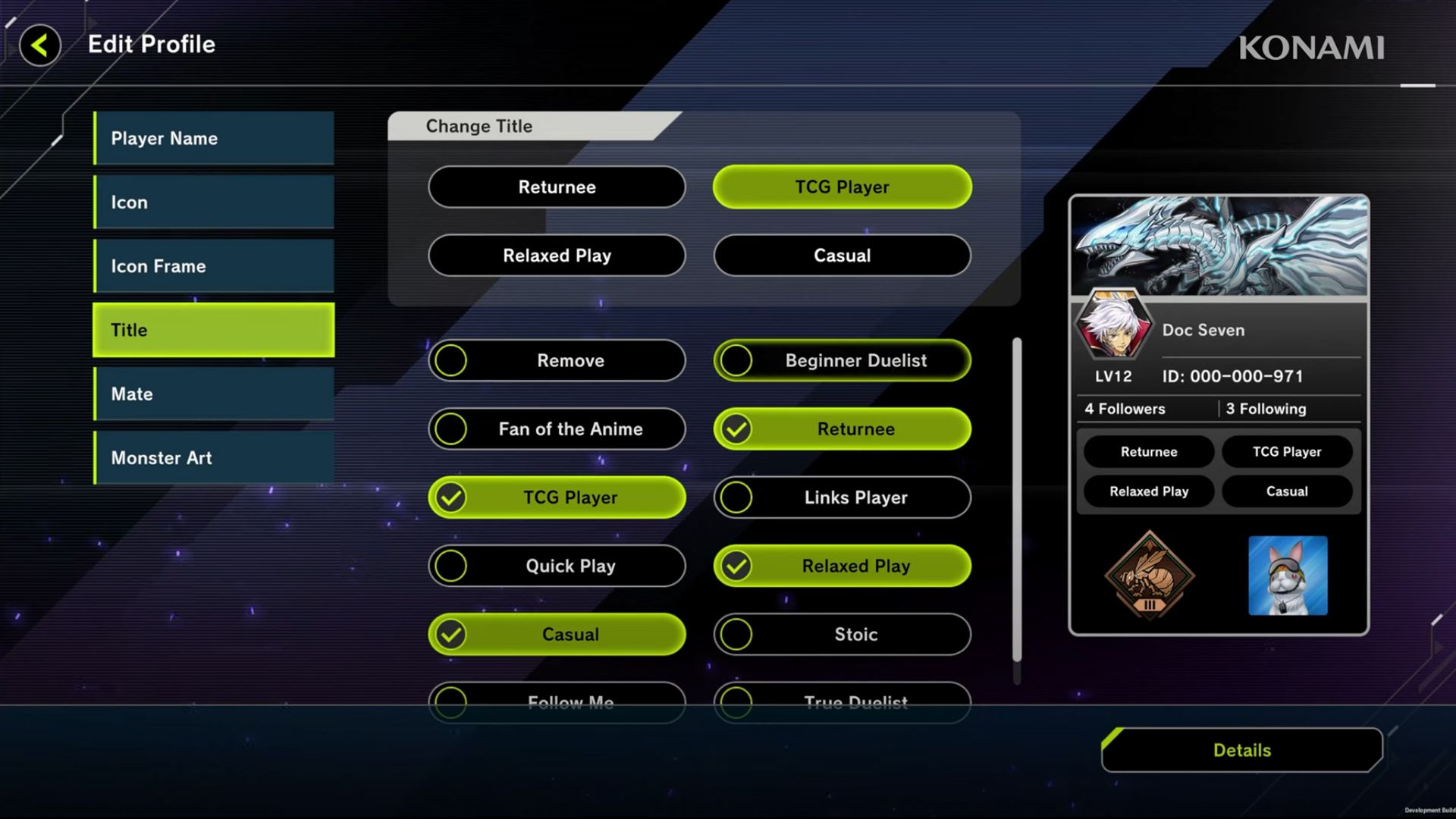 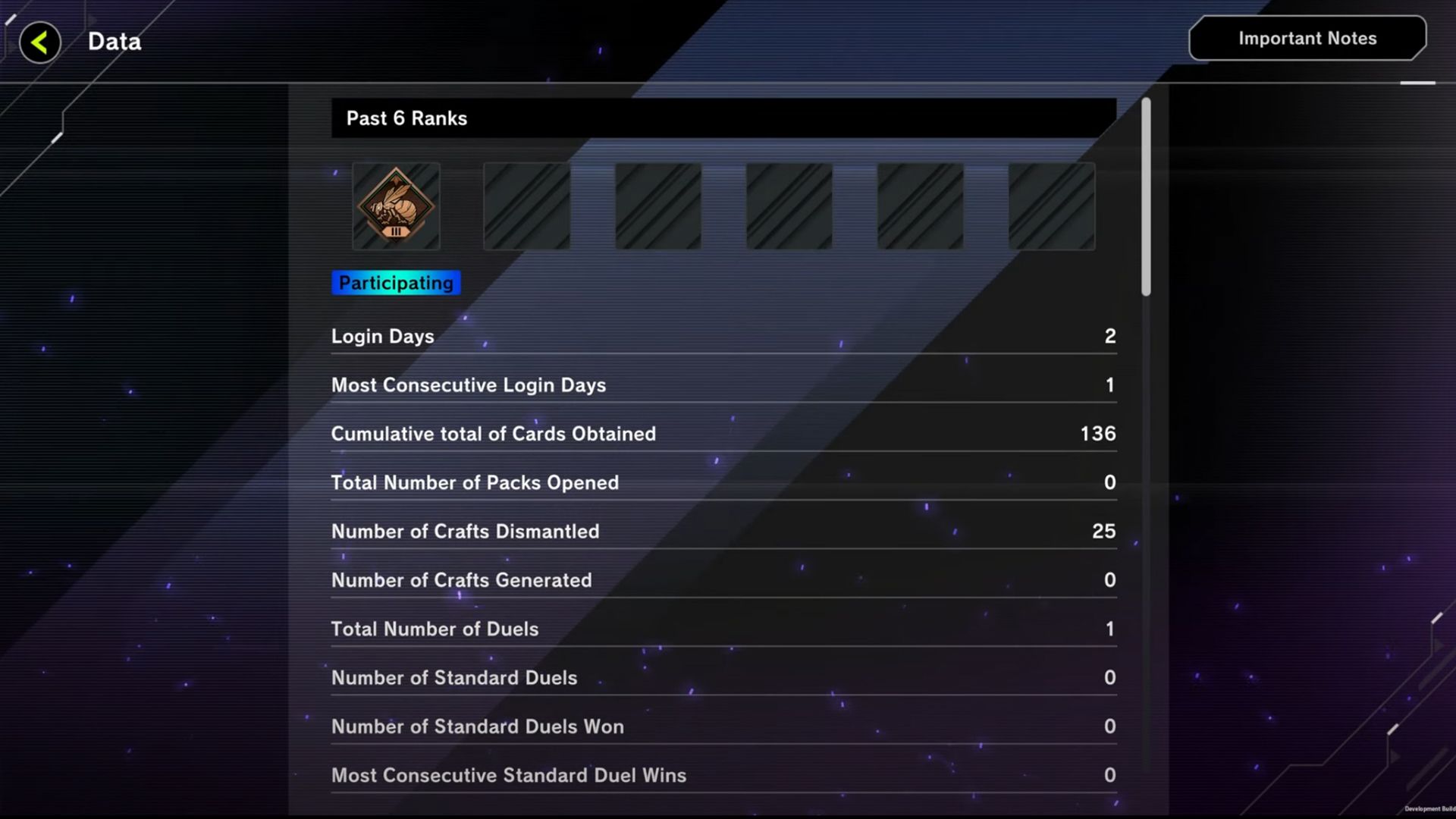 The video also revealed a small but important detail about online gameplay. You will be able to choose who goes first or second after successfully winning the coin flip. Previously we didn't know if this would work like Duel Links - which chooses for you - however this appears to not be the case! 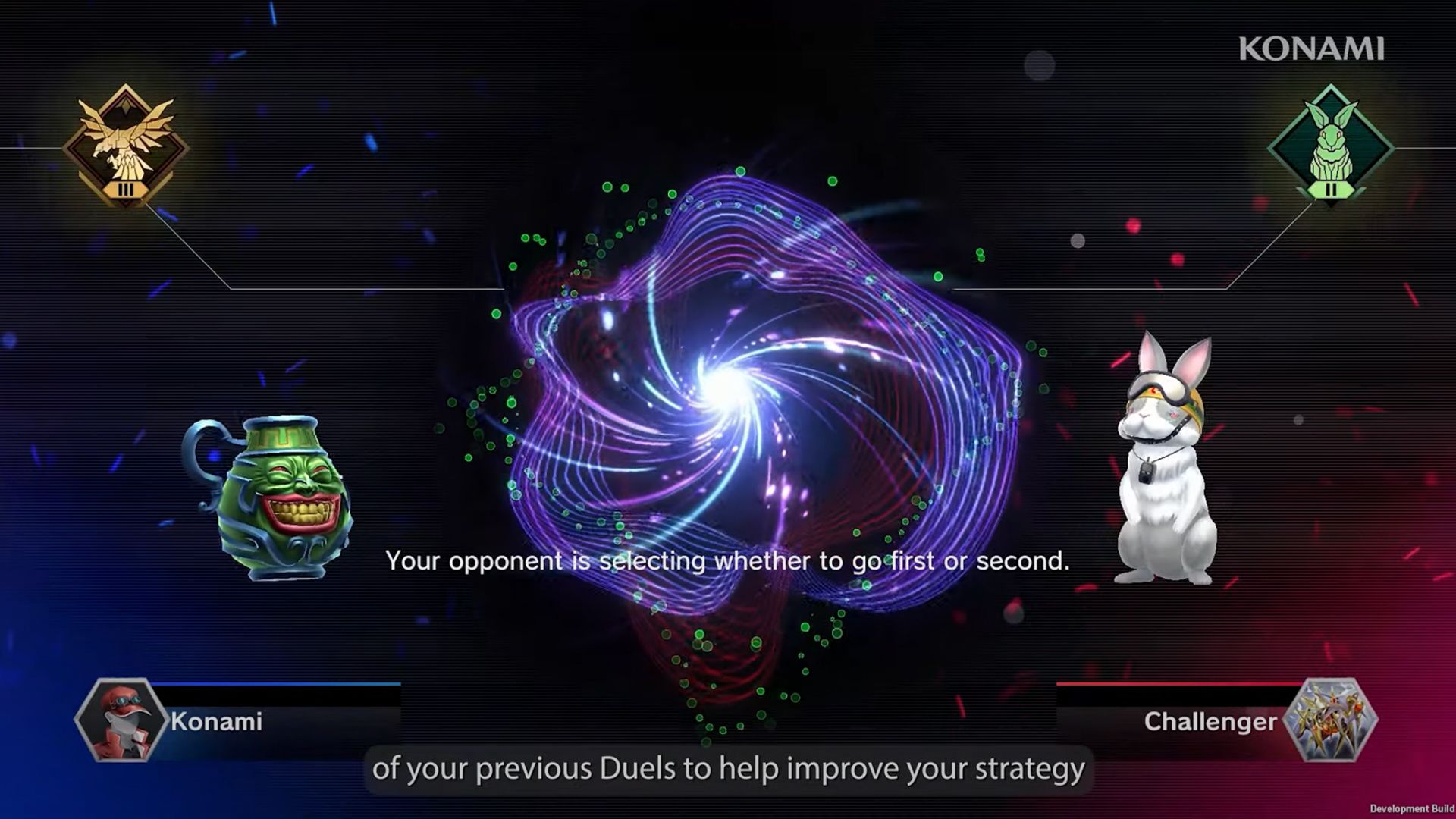