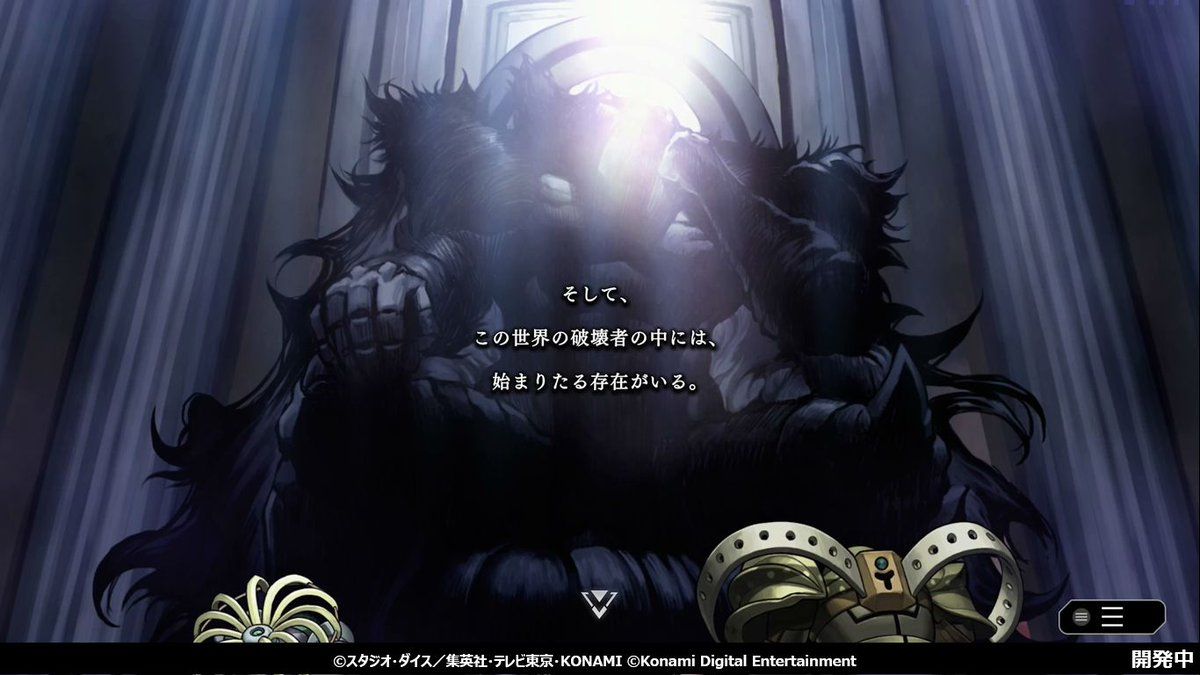 KONAMI have released a brand new trailer for Yu-Gi-Oh! MASTER DUEL, detailing a ton of new features and expanding on previously announced ones, including Card Crafting, Pack Opening and more! No release date was confirmed, however Winter 2021 is still the scheduled release date.

Please note, all information below is inferred from the trailer and has not been 100% confirmed.

You will be able to dismantle cards into CP, depending on the cards rarity.

In the trailer we see Pot of Desires (SR) being dismantled for 10 SR CP and Twin Twisters (SR) being purchased for 30 SR CP. Essentially for every 3 SR's you trade in, you can get 1 of your choice.

Each card rarity; UR, SR, R and N have their own CP. However we don't know the rate at which other rarities convert at.

Cards crafted using CP will be created with the base/default foiling, however there appears to be a small chance of obtaining a different foiling. 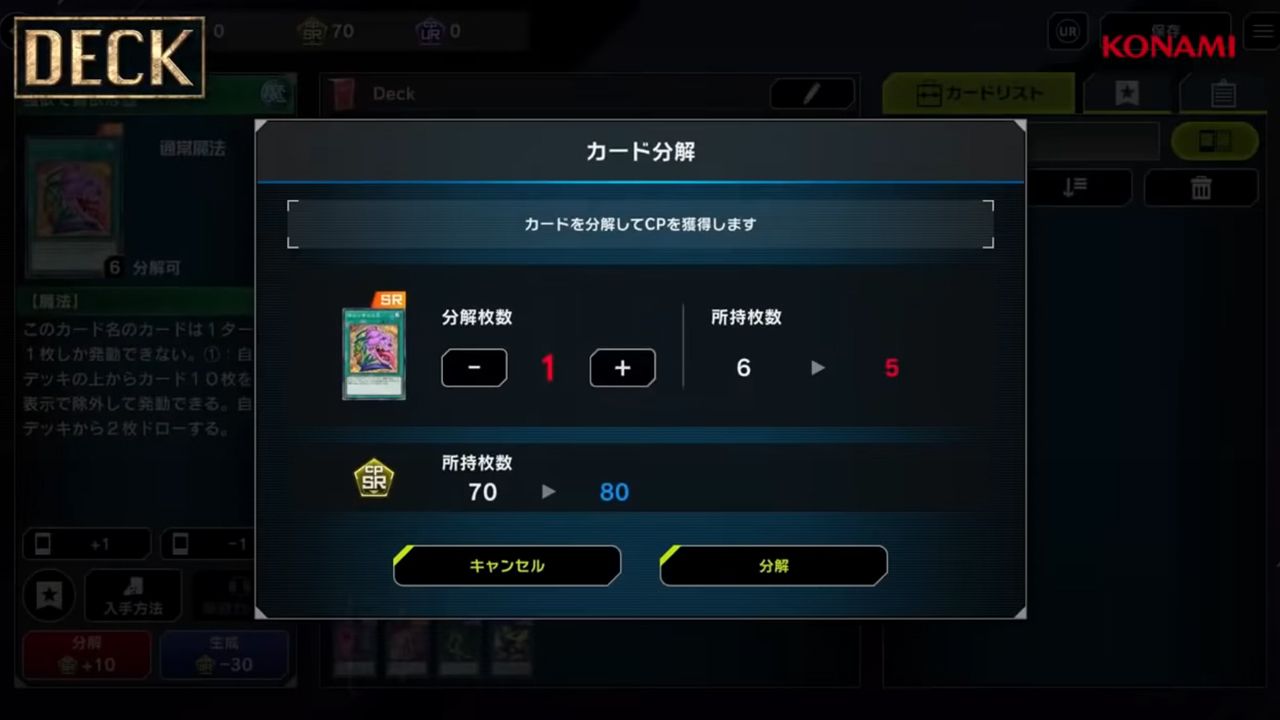 You can purchase "Yu-Gi-Oh! MASTER DUEL: Master Packs". The cards in this pack do not appear to be based on any existing TCG/OCG card packs.
The Menu on the far left of the pack art reads: 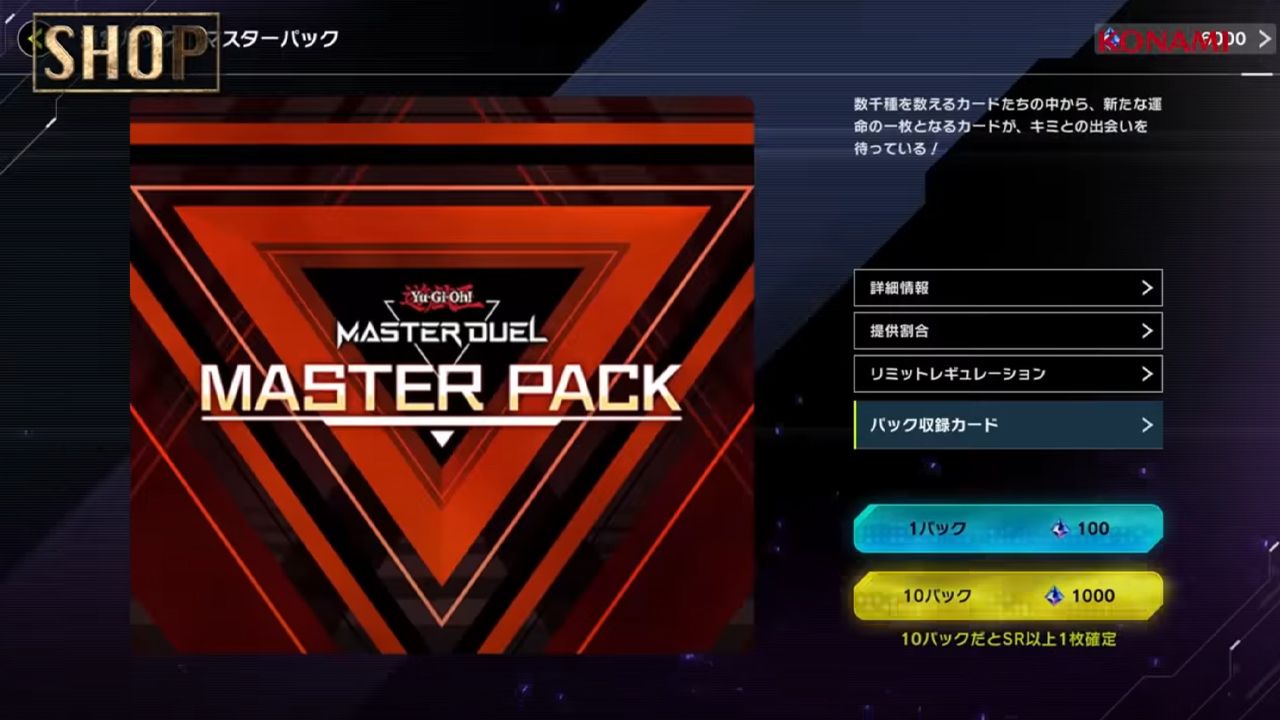 We see the player being rewarded with two "Key Cards" when acquiring the SR and UR cards from their pack. According to the on-screen prompt with the same Key Card visual, New card packs can be unlocked depending on the cards you pull.

To the right-hand side of the cards is an area called "Secret Packs". Here we see the top pack featuring Scrap Wyvern called "Waste Recurrence" and a Frightfur/Fluffal themed pack called "Ruthless Toys". We also see packs for Prank-Kids and Destiny Heroes.

If you look closely under each of the cards on screen, except Beast-Eyes Pendulum Dragon (which we now know is obtainable via the Magician of Pendulum Structure Deck), you will see that some of these cards, for example the UR "Scrap Atomic Dragon", has the same "Waste Recurrence" written underneath which might give us a hint as to how obtaining certain UR/SR cards via the Master Pack allows us to unlock Secret Packs? 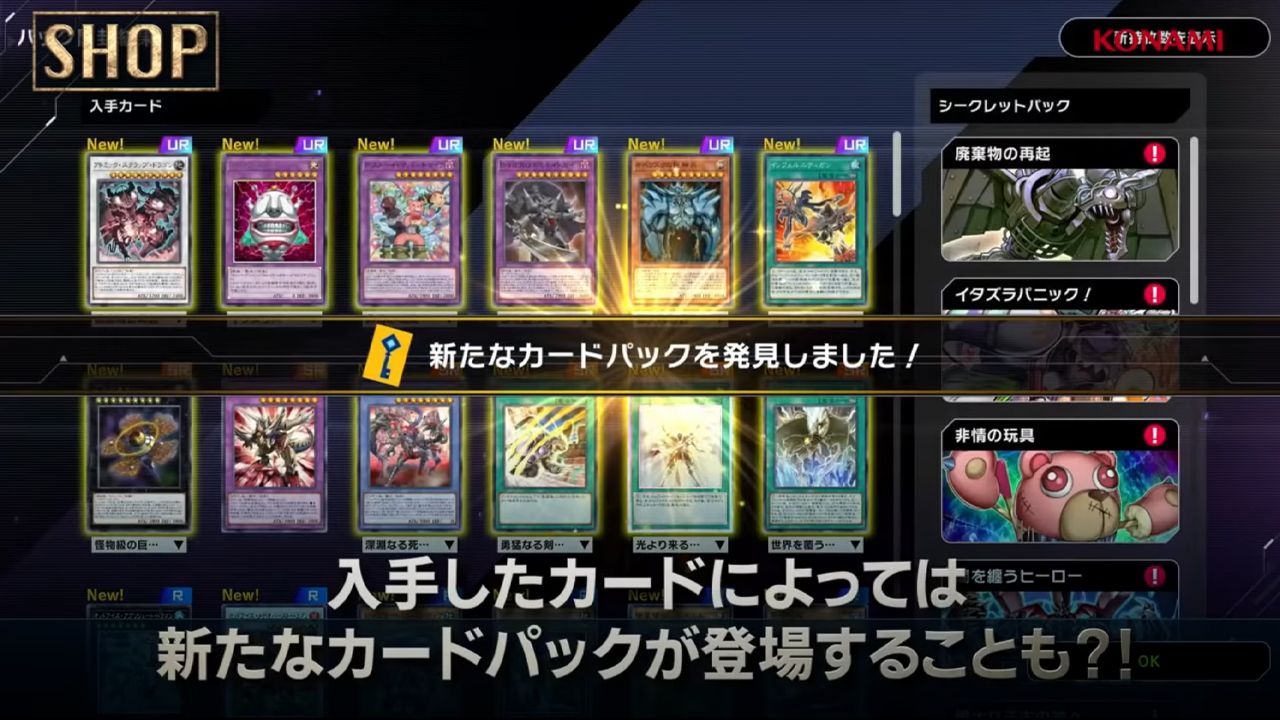 We also had our first look at pricing for some of the games various Cosmetic items; 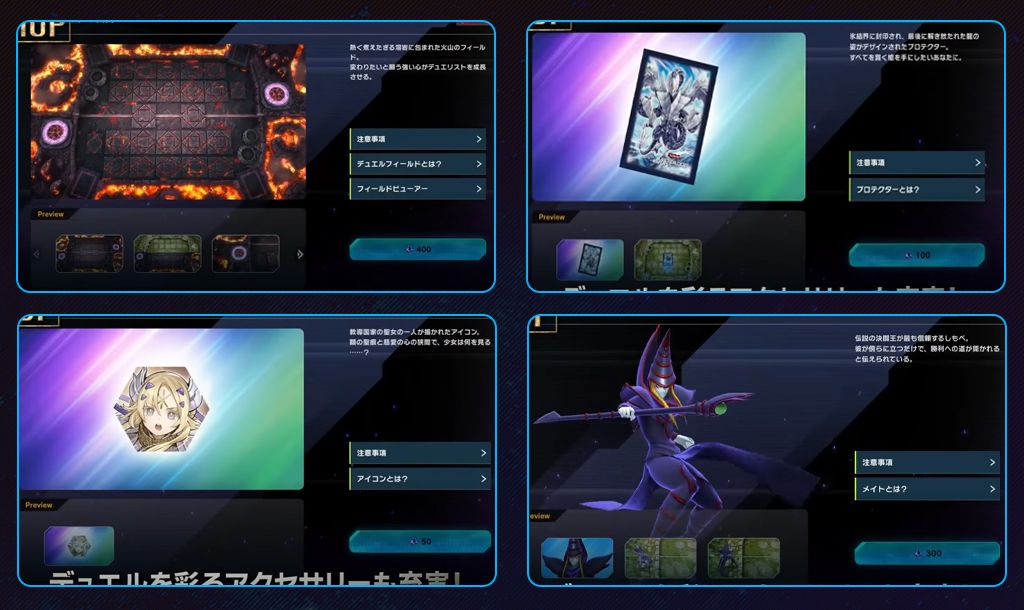 MASTER DUEL will support both data linkage across multiple platforms as well as cross-platform play - something that Legacy of the Duelist: Link Evolution missed out on. You will be able to play with other duelists worldwide across PC, Console and Mobile devices. 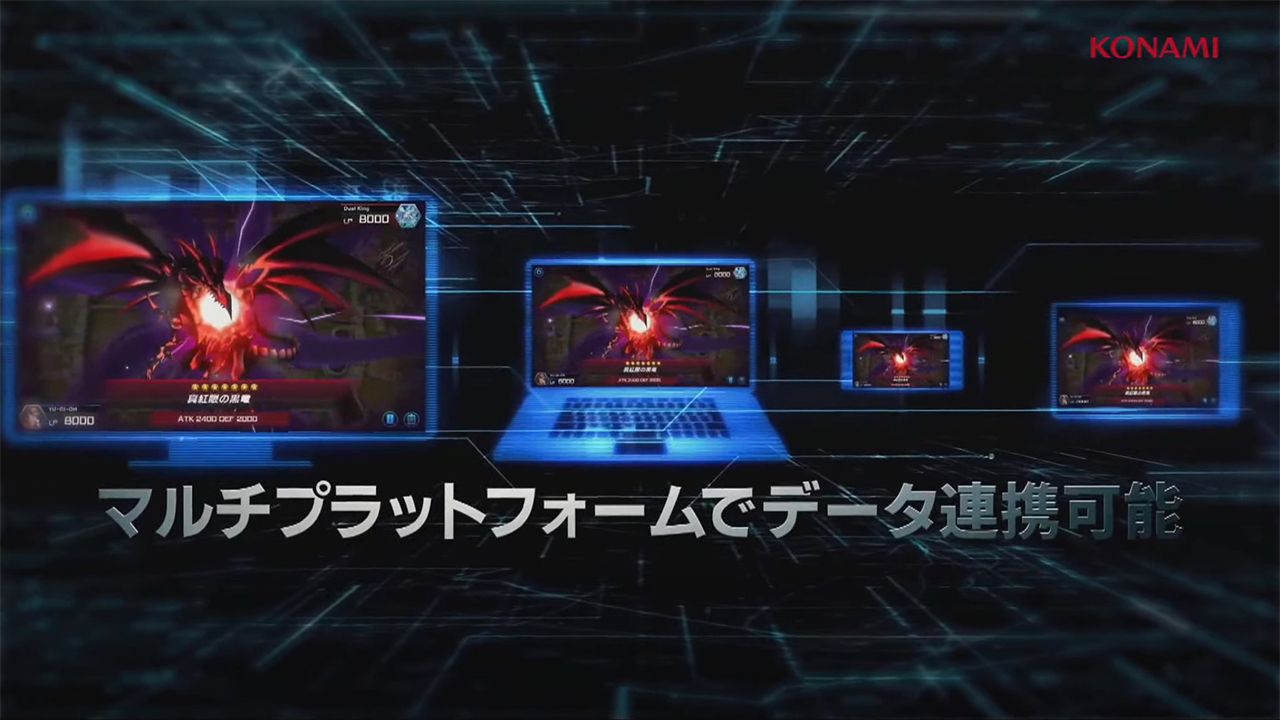 As we previously covered, you will be able to Copy decks from the Official Yu-Gi-Oh! Card Database and perform a 5 card test hand. You can also continue drawing +1 card in this same menu to simulate your first and subsequent turns' draws.

The Deck Edit menu is very similar to Yu-Gi-Oh! DUEL LINKS, with a Card Information panel on the left-hand side of the screen which provides the following information:

The middle portion of the screen shows the cards in your deck, including ones that are missing (darkened like the Twin Twister in the screenshot below), as well as the ability to rename your Deck. We have yet to see an option to create a side deck.

The right-hand side is used for finding cards, with options to Search, Sort and Filter through your card collection. Like Duel Links, it appears you can choose to see cards you own or don't own, and view your Favourite/Bookmarked cards.

It seems that if a card in your trunk/collection appears in the deck, circles corresponding to the number of copies of that card in the deck will be displayed below it. In the screenshot below, 2 copies of Pot of Desires are in the deck, hence two circles are shown.

The fact the User Interface displays how many copies of a card that can be converted could imply that some cards may be craft-locked (for example if obtained via Structure Decks from Solo Mode, events or through microtransaction purchases).

And there appears to be no mention of a Side Deck anywhere in the Deck Edit menu, which many people expect to be a feature for Tournament/Competitive play. 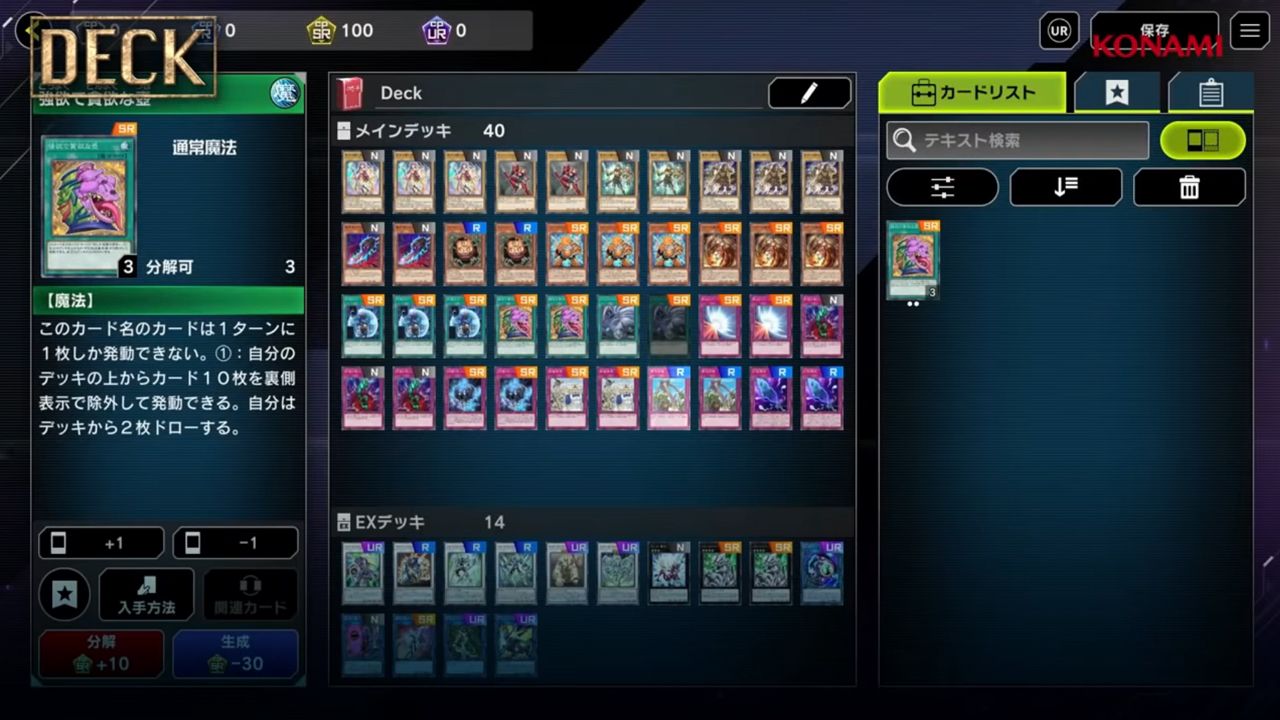 New details where confirmed for MASTER DUEL's solo mode, including: 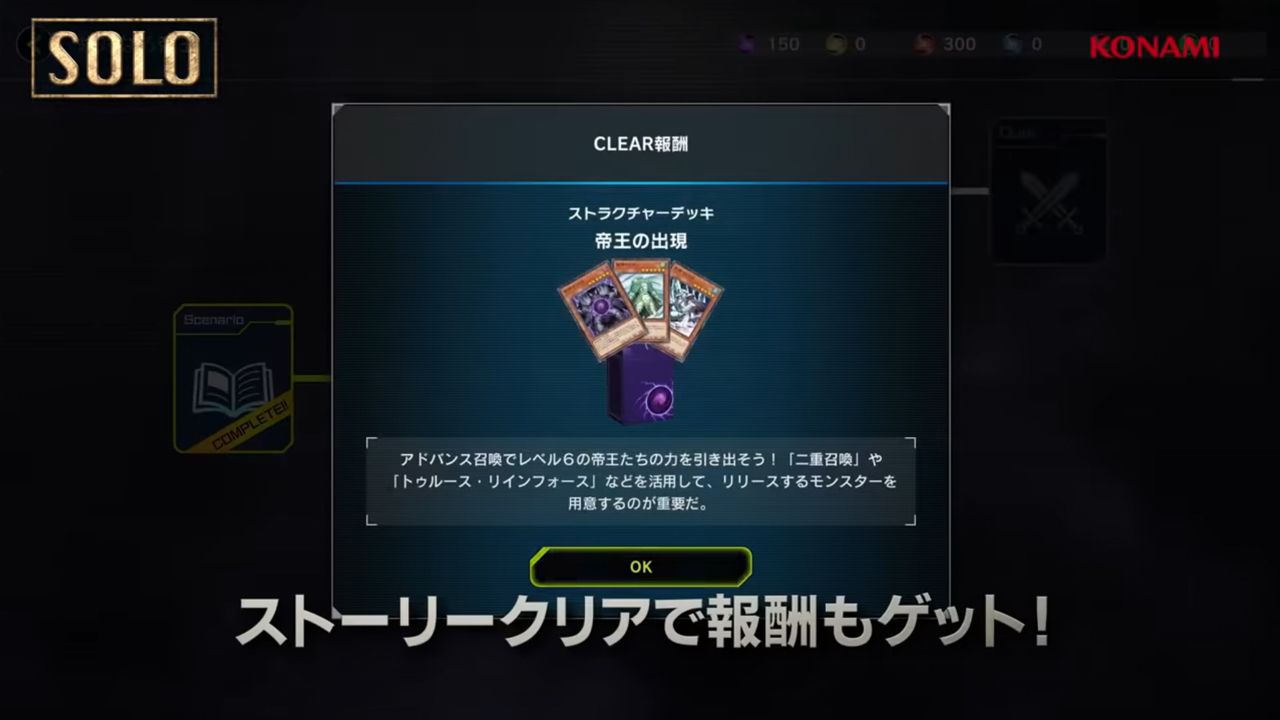 Events and Tournaments will be held with different regulations. Previously it was announced that certain cards would be unlockable through these events. 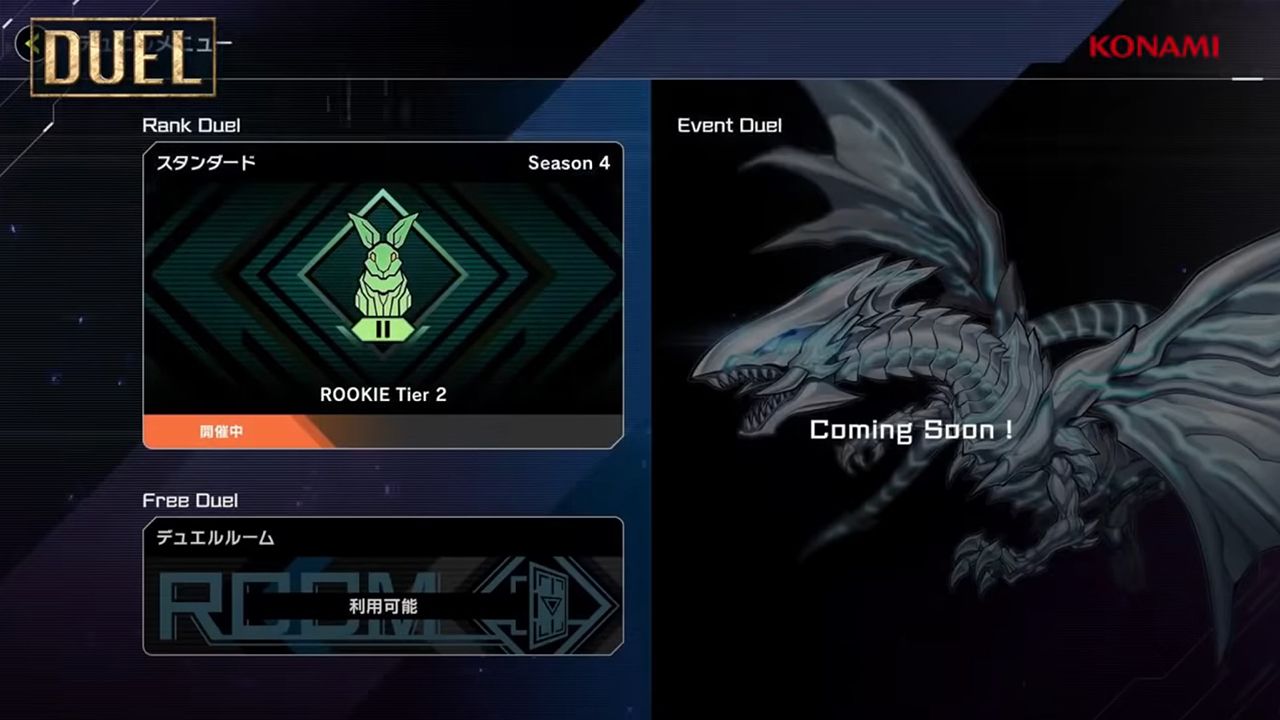 From various Twitter users over in Japan, we now have light confirmation that Digital Bug Rhinosebus has a cut-in animation for when it is summoned. Erebus the Underworld Monarch also appears to have an animation, according to various tweets, but I have yet to find any images/gameplay of this. Thanks to Twitter user rb020084 for capturing this off-screen gameplay. 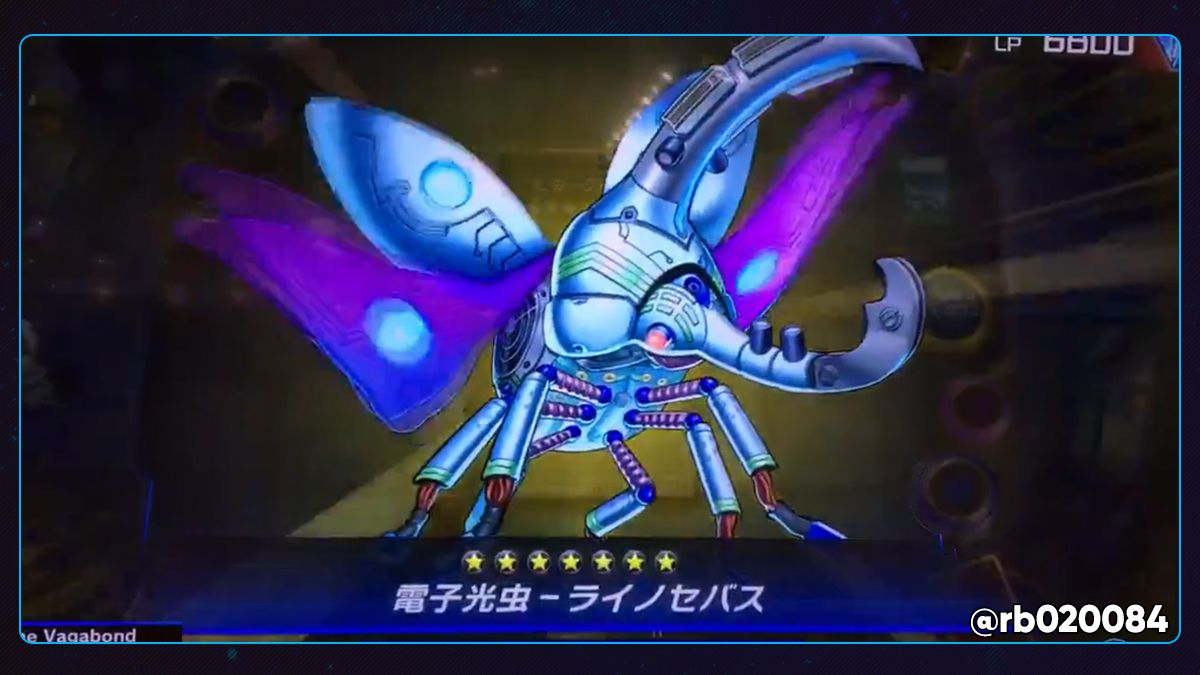 We have our first look at (some) of the in-game Forbidden & Limited List, from images taken of players using the Loaner Decks given during Solo Mode play, which unlike at Tokyo Game Show appear to have their limit regulations applied to them. From these images, the following cards can be seen:

So far there's nothing out of the ordinary to suggest the formats will be combined, which is a "fear" many people in both TCG and OCG regions have expressed, since all these cards share the same limit regulations across both the TCG and OCG. We'll keep our eye out for more on this, unless officially confirmed by KONAMI during their Jump Festa streams. 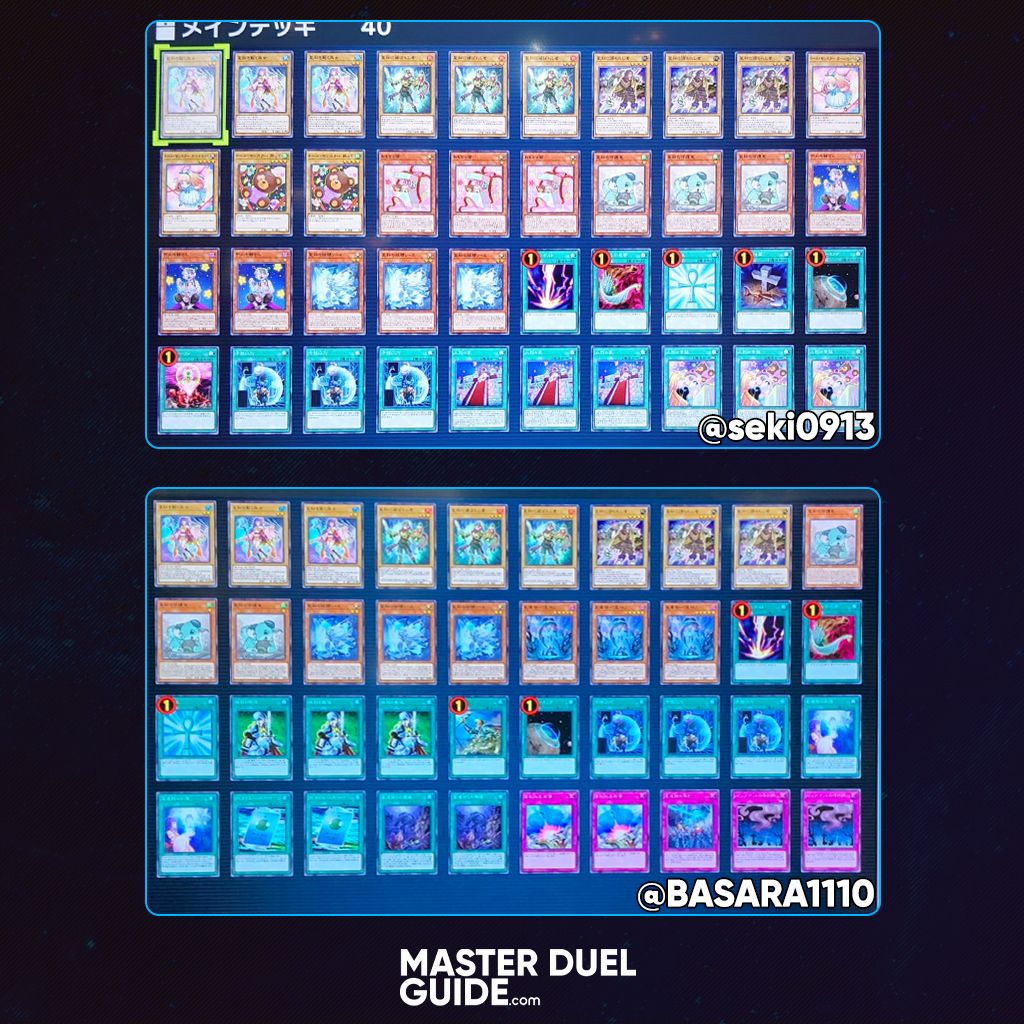 We finally have confirmation of some of the in-game Duel setting options and what each of them do. Please note these have roughly been translated from Japanese and so may not be 100% accurate.

Our first look at Yu-Gi-Oh! MASTER DUEL on iOS and Android is here, and it's very similar to the console & PC experience. The main menu has been adjusted slightly to fit better to the mobile screen size, and once again we can see the Toggle Button in action during gameplay just as with Duel Links.

However, the user who posted these images commented that they found it easy to swipe back to the phones home screen when trying to play / activate cards from the hand.. Hopefully this is something KONAMI can adjust as we get closer to release.
Source 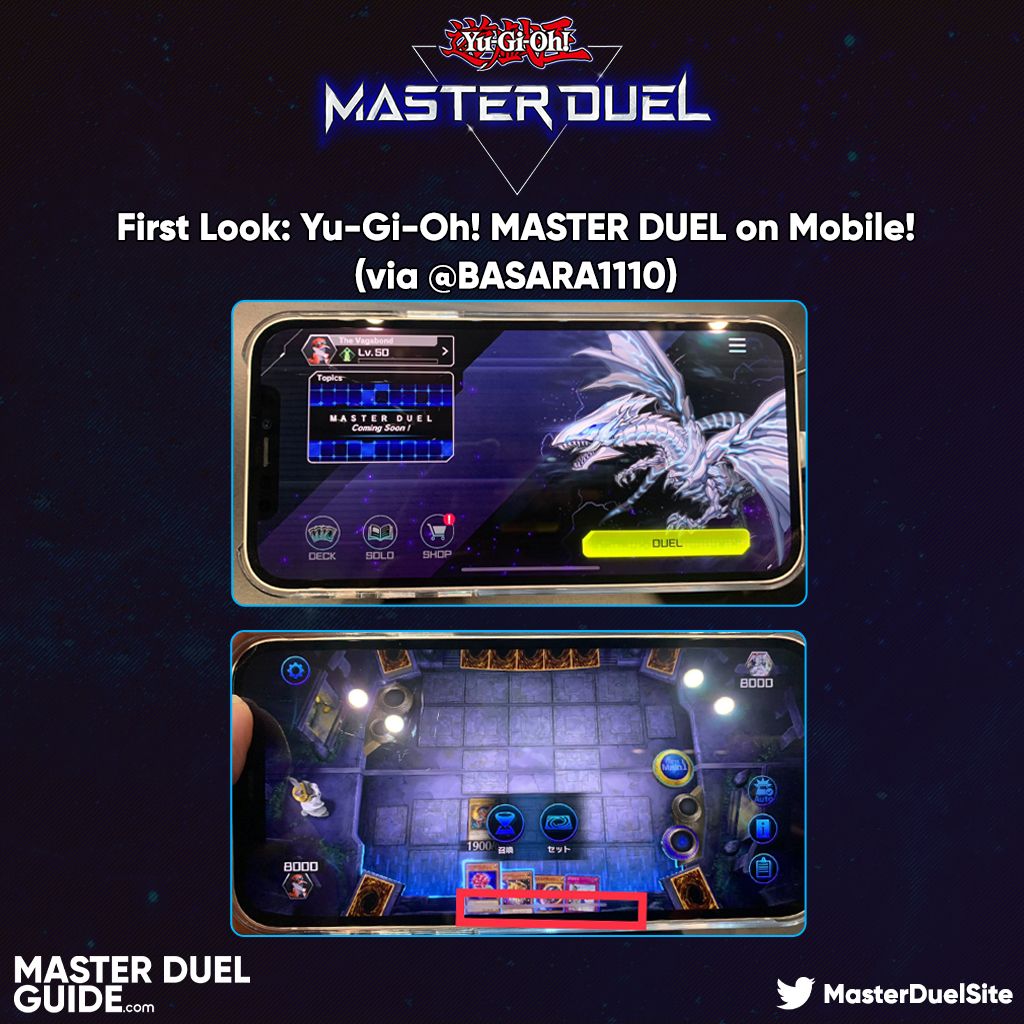 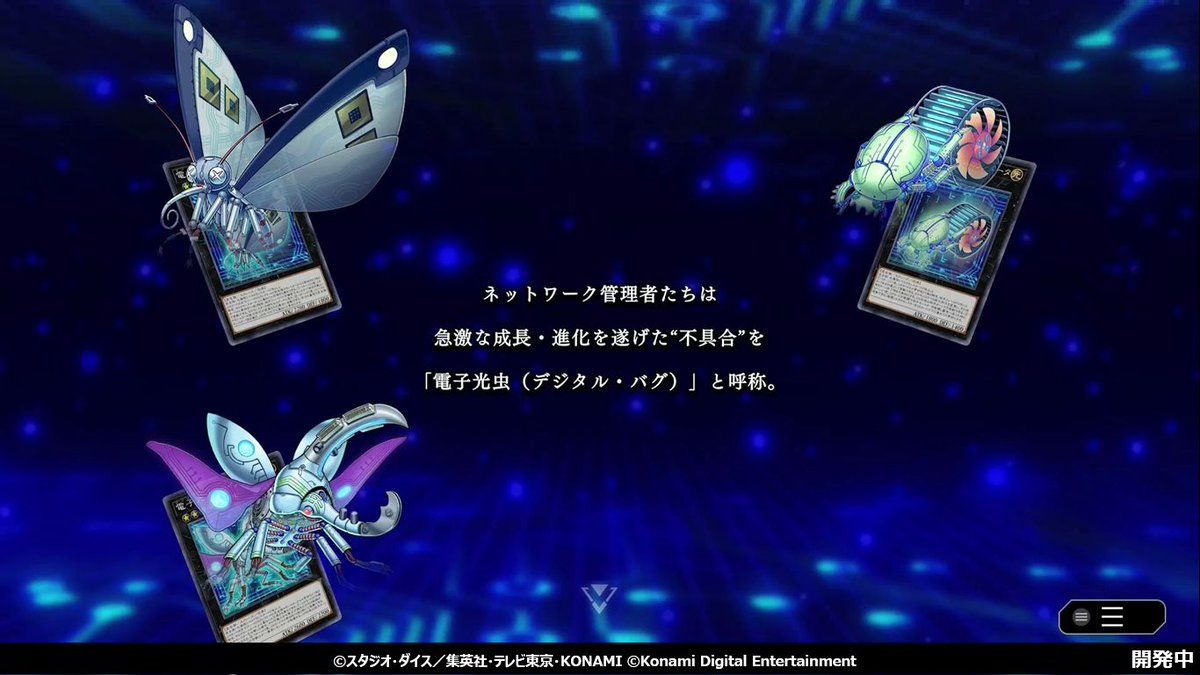 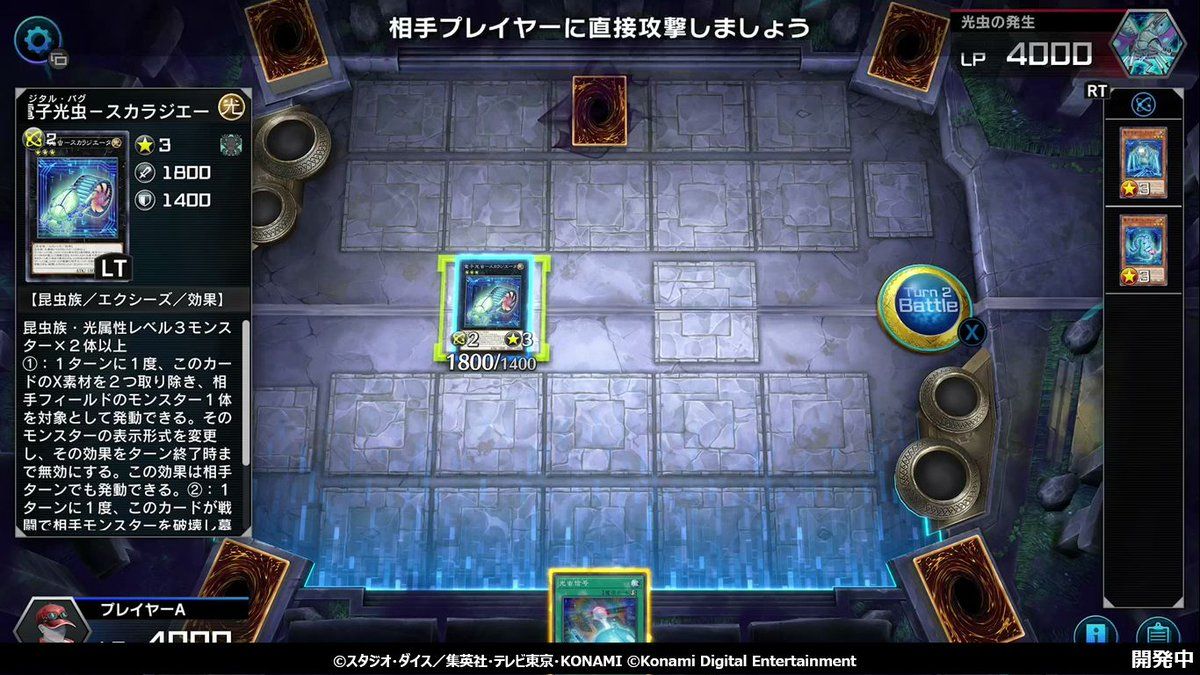 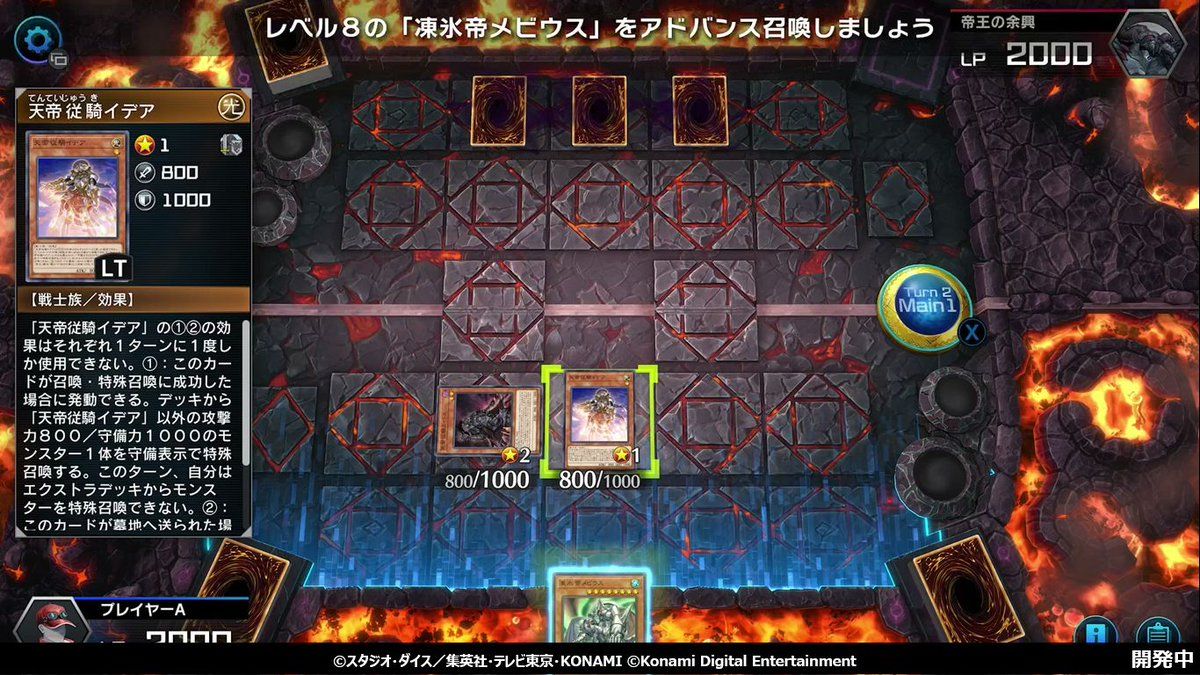