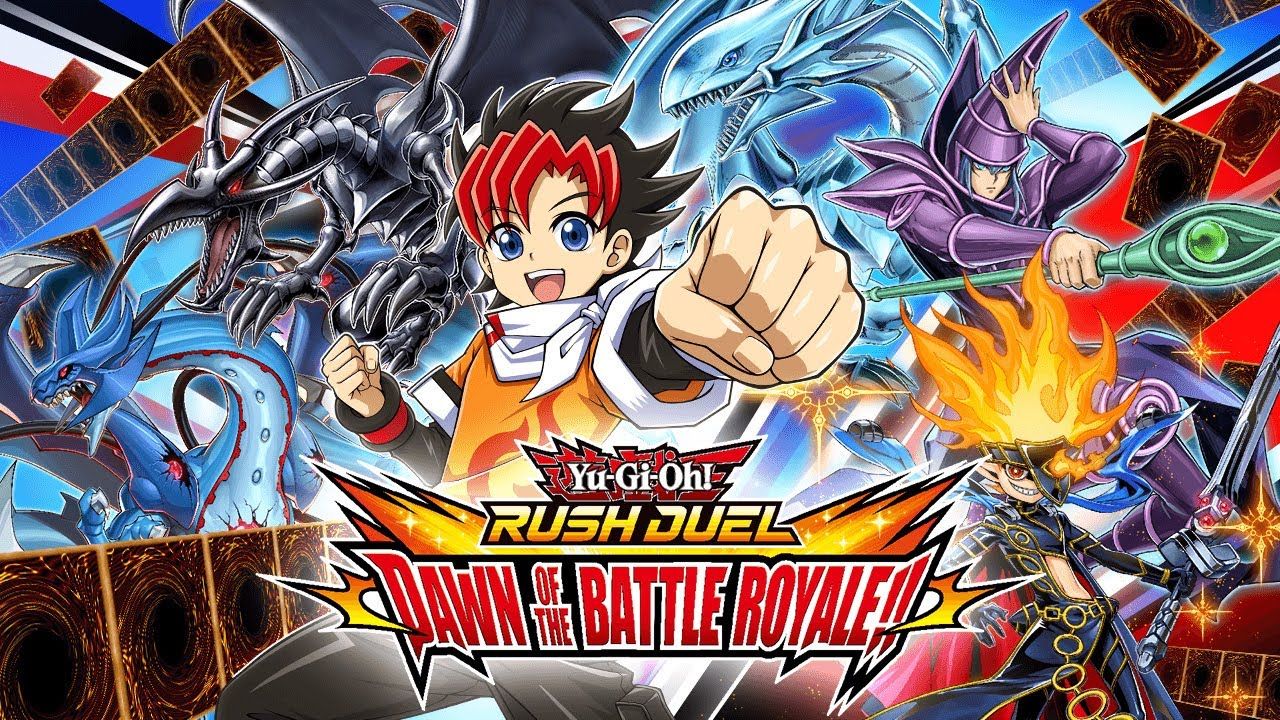 Dawn of the Battle Royale!!

KONAMI have finally announced that the Western release of Yu-Gi-Oh! RUSH DUEL: Dawn of the Battle Royale!! (known as Saikyo Battle Royale! in Japan) will release on December 7th 2021 via the Nintendo eShop in Europe, Oceania and the Americas.

The game will be available for purchase for $40/€40/£35.99 when it becomes available on Tuesday December 7th.

The game features the new RUSH DUEL style of dueling, first introduced in Japan in 2020 and loosely follows the events of the Yu-Gi-Oh! SEVENS Anime.

As shown in the trailer, the game will be released with an English Dub - the first time we have heard SEVENS' vibrant cast of characters outside of Japanese and Korean - whilst confirming a few of the English localizations for characters and cards including Gakuto - now Gavin, and Ranze - now Rayne! Fan favourite sibling duo Roa and Romin keep their original first names!

However, despite the game releasing in under 2 weeks from now, we still have no information regarding compatibility with the Japanese version, which just received it's Version 1.1.0 update which adds important Quality of Life features such as being able to access the Deck Edit functionality earlier in the Story as well as 2 new sets worth of cards.

On the fence about Yu-Gi-Oh! RUSH DUEL? Check out ItsBradazHD's First Impressions video of the Japanese game release:

Check out the Official English Trailer from Yu-Gi-Oh! TCG Europe: